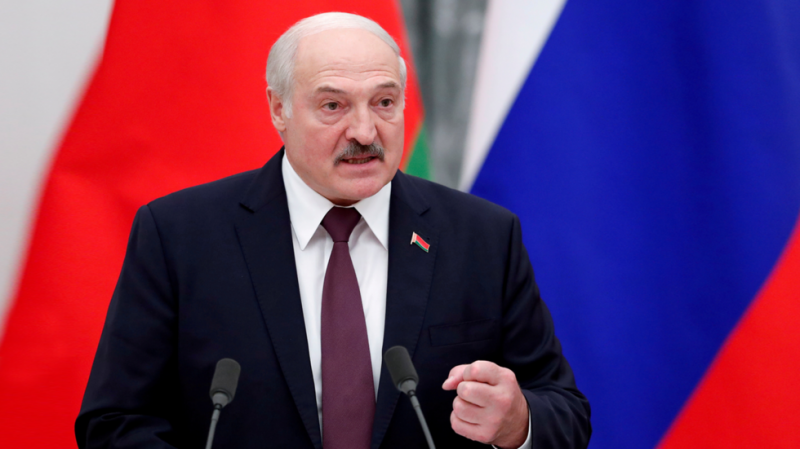 Lukashenko refused to entertain the idea after he was asked, in an interview with British state broadcaster BBC, about Russian President Vladimir Putin’s suggestion that the authorities in Minsk should begin discussions with their political opponents.

Lukashenko explicitly named exiled opposition figure Svetlana Tikhanovskaya, who is now based in Lithuania. Tikhanovskaya was runner-up in the 2020 Belarusian presidential election after her husband Sergey Tikhanovsky was jailed. Following the results, which her supporters believe were massively falsified, she fled across the border. In the time since, Tikhanovskaya has traveled around the West, calling for states to refuse to recognize Lukashenko’s reelection as legitimate.

“He didn’t advise me on anything,” Lukashenko said, referring to a recent phone call. “I didn’t hear any advice from him on these issues.”

“But, I’ll give you a parallel. As soon as Putin sits down for talks with Alexey Navalny, then I will instantly meet with Svetlana Tikhanovskaya for talks.”

Navalny, the most high-profile Russian opposition figure in the West, is currently in jail for breach of bail conditions in what some Western nations have called a politically motivated move.

Despite Lukashenko’s claims to the contrary, Putin did, in fact, suggest that Minsk opens talks in order to solve the issues that still exist internally.

“We know and understand that, although the situation in Belarus has calmed down inside the country, there are still problems,” Putin said on Thursday. “We are perfectly aware of that, and, of course, we call for a dialogue between the authorities and the opposition.”

The Russian president did not specify which opposition figures he meant and therefore could have been referring to the jailed Viktor Babariko or the self-exiled Valery Tsepkalo, both of whom were banned from participating in last year’s election. Babariko, who has business connections to Russia, was widely believed to have been Moscow’s preferred candidate.