Home / policy / Lukashenko made a statement about relations with Ukraine

Lukashenko made a statement about relations with Ukraine 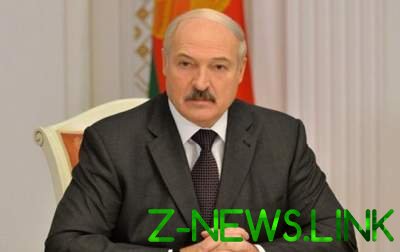 The President said that Belarus does not escalate the situation in relations with Ukraine.

Belarus does not escalate the situation in relations with Ukraine. Such a statement, commenting on the detention in Minsk, the Ukrainian journalist Paul Sharoika and the Declaration of persona non grata, Igor Skvortsov, said President of Belarus Alexander Lukashenko, on Friday, November 24.

Lukashenka noted that he had discussed these issues with the Ukrainian President Petro Poroshenko at a meeting in the United Arab Emirates in early November.

“He asked me this question. And I told him the facts. I told him that from the first to the last day of operation on neutralization of the spy network was aware of. Such a practice – the Chairman of the KGB reported to me immediately,” – said Lukashenko.

See also:  In Dagestan, security forces severely broke up the women and old men protesting against the construction

According to him, the UAE has agreed to resolve the issue without media. But the Ukrainian side had violated the agreement.

“They raised a ruckus, everything was spilled out in the media. What was I supposed to do? I reversed its decision and said to put some facts in the media, that people understand that we do not escalate the situation in relations with Ukraine. And we showed. This man has confessed, where he worked as he worked. A lot of additional materials. Don’t know why we need this scandal. But they broke our agreement,” – said Lukashenko.

See also:  The load on the gas transportation system of Ukraine decreased

Commenting on the situation Skvortsova, Lukashenko said that he does not understand “the Belarusian who for a penny, worked as foreign, even if not entirely foreign, intelligence.”