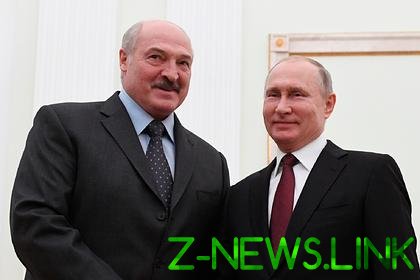 President of Belarus Alexander Lukashenko told about his relationship with Russian counterpart Vladimir Putin. Stream his interview to the Ukrainian journalist Dmitry Gordon is on YouTube.

Putin, he called his older brother in age and in political weight. Lukashenka also said that the older brother should always keep younger because it was taken in the village where he grew up.

Earlier, Lukashenko said that the state will not allow to destabilize the situation during the election, and made provocations against the Republic from different perspectives. He called to wait for “mischief” in any direction, including from the “Eastern brothers,” adding that against the Republic is waged a hybrid war.