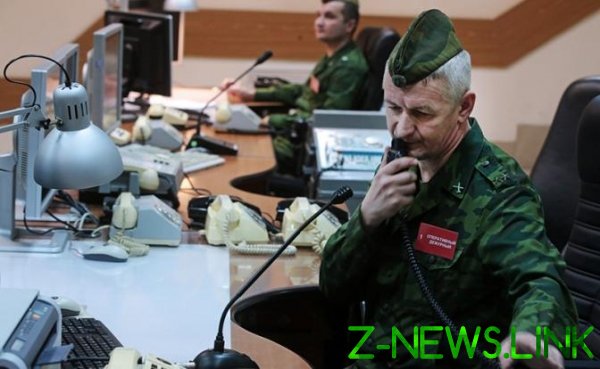 So, as a result of Putin’s meeting with Lukashenka revealed that Russia and Belarus in the foreseeable future will make no attempt to create a unified state. Moreover, the vector of development of relations aimed directly in the opposite direction — at a distance from each other.

A recent meeting of the two presidents in Sochi was preceded by the visit to Minsk of the American Secretary Mike Pompeo. And this voyage of the head of the Department of state, held for the first time since 1994, Lukashenko decided to use to put pressure on Putin. That is blackmail with the purpose requirements of the preference for oil and gas. Provided that Minsk is nothing to give doesn’t mean.

Lukashenko partially achieved their goals, but as it is peculiar to him, remained greatly dissatisfied. Gas to Belarus will be supplied at discounted prices. However, oil will have to pay market value.

So, what sort could come from the lips of the Belarusian President during the Sochi meeting eye to eye?

Undoubtedly, Lukashenko gave Putin the “good news”, which was brought to Minsk Pompeo: US can fully provide the Belarusians with their high-quality oil. That’s just about the price of anything is unknown.

But another topic is more interesting — the issue of security of the Russian Federation, its combat capability of the army. There are arguments Lukashenka is enough. And one of them released Stanislav Belkovsky.

In the air of “Echo of Moscow” the eccentric scientist said that in Minsk, Lukashenko said Pompeo literally the following: “If we are quite to choke, then America will come to our aid, and in return we will close the Russian radar station near Baranavichy and thereby blinding the Russian early-warning system about the rocket attack.”

And supposedly in Sochi Lukashenko, Putin hinted that it may close the Russian radar that is part of early warning system (a System of missile warning).

There are two questions. On expression of the old Man such a threat. Though the probability is not absolute, but it exists.

The second question — whether Belarus close to the Russian radar station? And it is also quite possible that there are all legal grounds. We are talking about radar 70М6 “Volga” developed by NII DAR. Its design began in 1983. And the decision on the location of the station in Belarus near the city of Baranovichi was adopted in 1984 in response to the deployment in Europe of medium-range missiles “Pershing-2”. (Alas, now this situation could be repeated due to the cancellation of the INF Treaty).

The construction of a Grand fixed station began in 1986. Then it was frozen in connection with the adoption of the INF Treaty, was renewed due to the fact that the United States began to declare their dissatisfaction with the ABM Treaty…

And then Russia and Belarus have different States. In the end, 6 January 1995, Belarus gave Russia a lease for 25 years land on which was built a radar station “Volga”. It follows from this that the lease had expired and the Man can not be extended. But this, of course, purely legally. However, signing a new contract it will have to present them. Don’t go to his war.

Does Russia need this radar? We can say — is needed. She has beautiful features — detection range ICBMs and RSD reaches 4800 km Inconspicuous objects with RCS of 0.1 sq m intersect at a distance of 2000 km While the radar is operating in the UHF band, that is, it has a high resolution, so that can give indication. And another advantage — compared with the radar “Voronezh”, located on the territory of Russia, “Volga” is nominated for the West.

But in connection with the expiration of the lease Lukashenka at the hands of an even greater trump card. Under the agreement transferred more territory in the Minsk region, where since the mid 60-ies is the 43rd communications hub of the Russian Navy “Moscow”. This is a huge antenna field mast with a height of 300 metres, covering an area of 400 hectares. Serving it radio station “Antey” works for very long wavelengths that penetrate the sea and ocean water to a depth of 50 meters. “Casablanca” has a range of 10,000 km communication with submarines located in the Atlantic, Indian and Pacific oceans partially.

And radar “Volga”, and node “Vileyka” refer to strategic targets. But the closure of the “Vileyka” will be disproportionately more sensitive to maintain the defense capability of the country than disabling the “Volga”. Because the tasks of the “Volga” can partially take on the Voronezh radar station and satellite constellation, part of the integrated early warning system.

But there are other strategic topics on which to speculate Lukashenko. Mobile ground missile complexes “Topol-M” and “YARS” used wheeled chassis MZKT-79221 manufactured by Minsk wheel tractor plant. It has a high load — carrying capacity- 80 tons — when combined with good cross with the power of the diesel engine 800 HP Maximum speed “Yarsa” — 45 km/h. the Complex is able to overcome steep climbs, descents and wading to a depth of over a meter.

SRF requires periodically purchasing new chassis, as well as to replenish stocks of spare parts to carry out repair and maintenance work. However, recently the Belarusian side began to show dissatisfaction with the purchase prices, which, of course, of course. But in opposition publications raises the question of what ought to limit delivery of the chassis, if not to cancel them. It is quite clear that this trump card Lukashenko will take pleasure. That is, expand the field of blackmail at the expense of chassis MZKT-79221.

It would seem to settle this question is simple — you need to replace Belarusian chassis of the Russian. However, we wheeled tractors, which would be suitable for use in the complex “YARS” are not made. 12 years ago began the design work on the creation of the charmings, from the point of view of TK, chassis and tractors “Platform-O”, but still nothing was done. And who knows when there will be something that will save the SRF from the unpredictable actions of Lukashenka.

It must be said that, despite the serious problems experienced by the Belarusian economy, the country’s defense industry is quite successful. What, for example, evidenced by the fact that Belarus ranks 18th on the world arms market, annually earning more than a billion dollars. This is a population of 9.5 million, less than the population of Moscow.

Automotive engineering is the main direction. Russia buys Belarusian chassis for rocket launchers and some air defense system. There is a supply of chips. Optics. Some part of the avionics for the MiG-29, su-27 ISA-30. Belarusian components are used in Russian tanks, infantry fighting vehicles, BMD, self-propelled guns, anti-tank systems. According to various estimates, the share of Belarusian components in the Russian military equipment is in the range from 10 to 15 percent.

From which it follows that Russia and Belarus should be friends and not canine. And this is a question of economic diplomacy, not arm-twisting. Wringing of the hands can be to bring the Maidan.