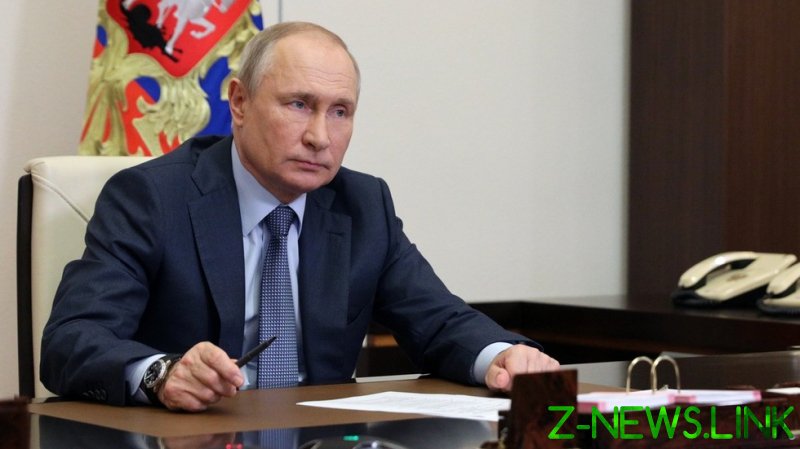 In a speech to social workers on Tuesday, marking the profession’s national day of recognition, Putin emphasized the importance of helping the vulnerable. “The very values of mercy, love for one’s neighbor, and support for those in need bind and consolidate the entire centuries-old history of our people. They constitute the spiritual basis of the traditional religions of Russia,” he said.

Insisting that “people of various classes” understand the fundamental aim of life should be to do good, the president said that charity and being a good neighbor were of paramount importance.

Last December, as Europe grappled with a brutal attack that saw a Parisian schoolteacher beheaded over claims he had showed cartoons of the Prophet Mohammad to his class, Putin launched a spirited defense of traditional values and the rights of believers. “It is well known that where one man’s freedom begins, another’s must end,” he said. As a result, those who “act thoughtlessly, insulting the rights and feelings of religious people, should always remember there will be an inevitable backlash. But, on the other hand, this shouldn’t be an aggressive one,” he added.

He cited the case of Samuel Paty as evidence that “multiculturalism has failed,” and also instructed the country’s Foreign Ministry to prepare a report on “issues relating to those insulting the beliefs of religious people, and inciting inter-religious hatreds and conflict.”

Despite frequently associating himself with Orthodox Christian rituals and emphasizing the role that religious values play in Russia, Putin has been reticent on questions of his personal faith. Asked in 2018 about when he started to believe in God, the politician said that it was “a very personal question, and it is hard to talk about it in public.”

At the same time though, he added that even “confirmed atheists going over the trenches during World War II thought about God,” and that “extreme situations bring out the faith in everyone.”

Russia is consistently ranked as one of the most religious nations on the continent. In 2018, a Pew Research Center survey found that more than half of Russians say it is important to be a Christian in order to truly belong in the country, and 42% believe that the government should actively promote religion.

However, in practice, Russian society diverges from many positions traditionally held by Christians abroad. According to data from 2016, the country’s divorce rate far outstrips the rate at which new marriages are being registered. At the same time, the nation has one of the highest abortion rates in the world, despite opposition to the medical intervention from the Orthodox Church. Research and anecdotal accounts have also consistently found that while the bulk of Russians consider themselves to be Christians, a far smaller percentage regularly attend church services.