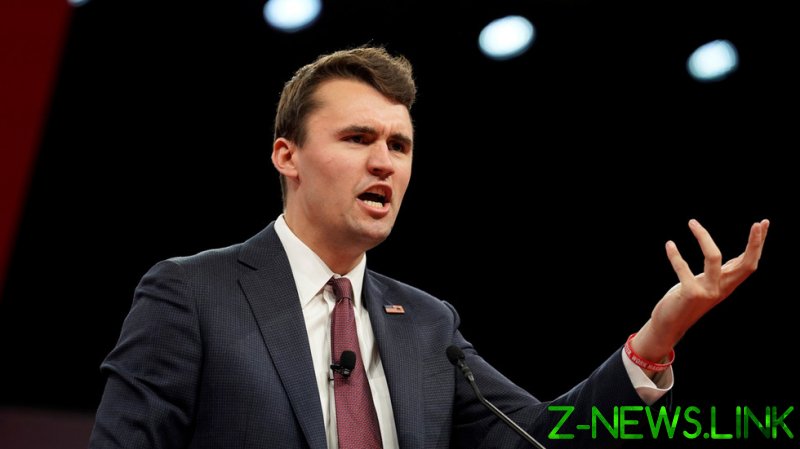 “Students once again attempt to get into @TPUSA Student Action Summit after many of them were blocked by police from entering the venue last night due to questionable last minute capacity changes by county officials,” Blaze reporter Elijah Shaffer tweeted on Sunday, along with footage of the massive crowd gathered in Florida to hear conservative speakers such as Vice President Mike Pence, My Pillow founder Mike Lindell, and Donald Trump Jr.

The “questionable last minute capacity changes” led to a chaotic first night for the summit where some speakers brought the show outside to attendees who were blocked from entering the building due to Covid-19 restrictions.

Turning Point USA, a conservative organization mainly aimed at students and young Americans, told to Red State that the contract for the event had to be renegotiated with city officials once the Covid-19 pandemic hit, but that didn’t stop people from being barred from the event.

The new contract, according to statements from Turning Point, would have allowed overflow audience members to still take part in the conference by occupying an exhibit hall, so as not to violate the event’s 50 percent capacity rule for the main hall.

Palm Beach County officials, however, blocked students from entering the lobby area to register for the event once the main ballroom was at capacity. According to the local CBS affiliate, city officials said that Turning Point USA over-registered the event, while the conservative group claimed access to the main ballroom was cut off well below the 50 percent threshold, and the overflow agreement was not adhered to as attendees were blocked from receiving badges to actually enter.

Once speakers like Fox News host Tucker Carlson got wind of the situation, they decided to take the event to the streets.

Some conservatives cried bias over the limitations on the event, citing “leftist” protests across the country from groups like Black Lives Matter that not only turned violent sometimes, but also blatantly breached Covid-19 restrictions.

“Leftist goons can burn down city blocks, but conservative kids can’t gather in a convention center?” radio host Todd Starnes tweeted in response to the debacle.