Home / Society / Left the life of a famous radio host

Left the life of a famous radio host 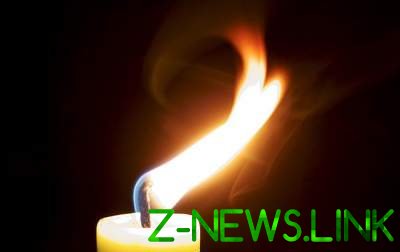 The radio presenters had a wife and three children

Sunday, December 24 it became known about the death of famous Lviv radio “Lux FM” Oleg Mosesov, better known under the pseudonym Oleg Sereda. On the death of a colleague reported on his page on the social network Twitter software Director of broadcasting company “Lux” Mikhail Bespalko.

Oleg Mosesov died of a heart attack on the road with a corporate party. “At night he would go back home after the corporate party, where he worked as a leading. Another boasted that worked very well. But home was not here – on the way he suffered a heart attack,” – said the details of Oleg’s father Igor Mosesov reporters. Oleg Mosesov born October 8, 1974 in the city of Lviv. He studied at secondary school №9, and then on the specialty technology at the Lviv Polytechnic Institute. Oleg Mosesov was a professional DJ with years of experience. Colleague Mosesova known radio host Mar Belsky said that in 90-e years, Oleg was especially popular among music lovers.

“In 90-e years all lions went to Oleg and his father Igor for music. They were one of the few who could buy high-quality licensed plates,” – said Belskaya. Since 2003 Oleg Mosesov under the pseudonym Oleg Sereda began working at the radio station “Radioman”. In 2008 moved to another station, “Radio 4U”. Since 2009 and until the last days of Oleg Mosesov worked as a leading radio “Lux FM”. Have Mosesova is survived by his wife Tatiana, and three sons, the youngest of whom is only nine months.

Colleagues Mosesova bring condolences to the family and write on the page of Oleg in social network Facebook the kind words and memories. “Command “Lux FM” expresses sincere condolences to the family, in particular his wife Tanya and three sons. Oleg was a good and bright person. 14:00 we say goodbye to Oleg broadcast – will hear his favorite song and best original programs”, – says in the message. 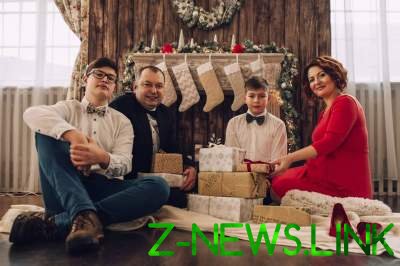 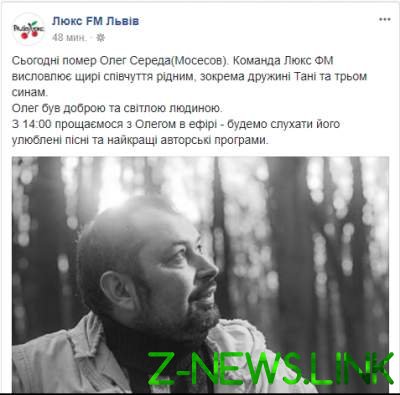