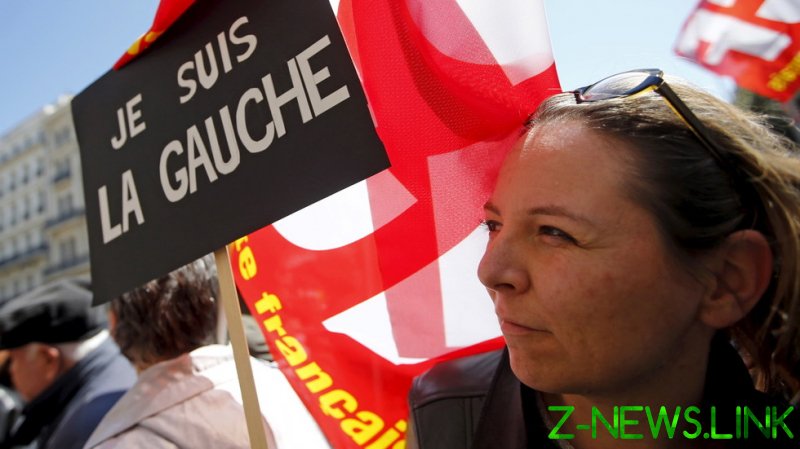 Public health officials tell us the lingering effects of Covid-19 include fatigue, shortness of breath, chest pain, brain fog, insomnia, heart palpitations, pins and needles, depression, tinnitus and earaches. Nowhere on this list do they mention a chronic aversion to the ideology of the left.

But thanks to the latest study from the Fondation pour L’Innovation Politique (Fondapol), a French think tank, it seems more than coincidental that a shift across Europe towards the right has established itself as something more durable over the past year of coronavirus pandemic hell.

As the battles over protective equipment, border closures and vaccines raged, they intensified feelings of nationalism that, in turn, fuelled right-wing sentiment.

Closing borders and keeping out foreigners became a government-mandated health priority, a pandemic-led xenophobia. And that feeling was felt more strongly in the heart of Europe – France, Germany, Italy – and in the UK, where 60% of those polled agreed, “There are too many immigrants in our country.”

Surprisingly, even among the usually more left-leaning and amenable 18-to-24-year-old group, 45 percent of respondents were on board with that mindset.

And in case anyone was thinking that coronavirus-mandated border closures might have been a bit too much, it seems those porous national boundaries are a sore point for many anyway.

When asked, “In terms of migration, do you consider that your country should: Open more, close more or change nothing?” Fondapol concluded that the French (63%) appear to be the most resistant to opening up, ahead of the Germans (54%), the Italians (54%) and the Brexit-loving British (53%), which is certainly a change of narrative in that taking back control of the borders, viewed as one of the prime motivations for leaving the EU, was often indicated as a UK-specific dog whistle to racism.

What these figures do display, across all four nations, is that the desire for open-door migration championed by the left seems to have disappeared. Again, the paranoia and fear created by governments in the name of the pandemic can only have reinforced this sentiment.

It’s not just immigration – a traditional battlefield of left and right  – but social attitudes where the more individualistic, right-wing feeling has edged out the collective approach of the left.

Facing tough issues when it comes to Islam, Fondapol found 62% of French people agreed that “Islam represents a threat to the Republic”, which it said was in line with its 2017 study showing that 62% of Germans, 57% of Italians and 50% of British perceived Islam as a threat to their country.

While I wouldn’t go so far as to blame this rise in anti-Islam sentiment on the pandemic, it could be reasonably argued that the ensuant nationalism and xenophobia has influenced it. It would seem that the shift towards the right and validation of conservative views has certainly emboldened the French to express concerns that are not generally associated with the left.

And the evidence in the Fondapol report goes further than immigration and Islam. Those who support more economic liberalism and more freedom for businesses numbered on average 68% across France, Germany, Italy and the UK.

On green issues, usually solid leftist ground, there was a strong belief (76%) that “we can continue to develop our economy while preserving the environment for future generations”. This was an idea that gained ground during the economic downturn of 2020-21 in both Germany and the UK. The numbers remained static in France and it was not polled in Italy last year.

Again, this is surely indicative of a more detached, businesslike approach generally associated with the right, which prioritises getting back to work and restarting the engines of industry over sitting around worrying about recycling plastics and saving the bee population.

Fondapol’s research reinforced this grumpy intolerance towards welfare scroungers and the idle, despite the widespread government assistance across Europe with furlough schemes and business bailouts.

Just under three-quarters of all citizens (71%) consider that “many people manage to obtain social assistance to which they have not contributed”, with just 25% in the opposing camp.

Ironically, country-by-country analysis revealed that this sentiment was felt most strongly in France (73%), where they were quick to judge, despite the fact that 57% of households pay no income tax anyway. They were followed by the British, Italians (both 72%) and Germans (68%).

Sure, the tectonic shift from left to right has not been an overnight phenomenon. It was staring everyone in the face following the 2019 European elections, which saw the Eurosceptic and right-leaning parties take 56% of the overall vote, with just 34% going to the Left.

This caused much gnashing of teeth and tearing of hair at the time, but it seems complacency set in all too quickly. Then, when the pandemic followed, just six months later, the left was floundering for a role in helping their countries, and themselves, steer away from the abyss.

Then, with right-leaning governments in power across 21 of the 27 EU nations, as well as in the UK, the left was largely relegated to the opposition ranks at a time when the usual rules of engagement were put on hold. They were expected to support rather than challenge decisions apparently made in the common good.

It’s not all disaster for the left, however. As Europe emerges from the darkness of Covid-19, so disillusioned are its peoples with the freedom-sapping restrictions put in place by right-leaning governments that the next election cycle could indeed throw up some upsets.

But the left needs more than luck to avoid electoral irrelevance. It needs good ideas, strong leaders and realistic, voter-friendly plans for the future. Without all three, a prolonged stay in the political wilderness beckons.