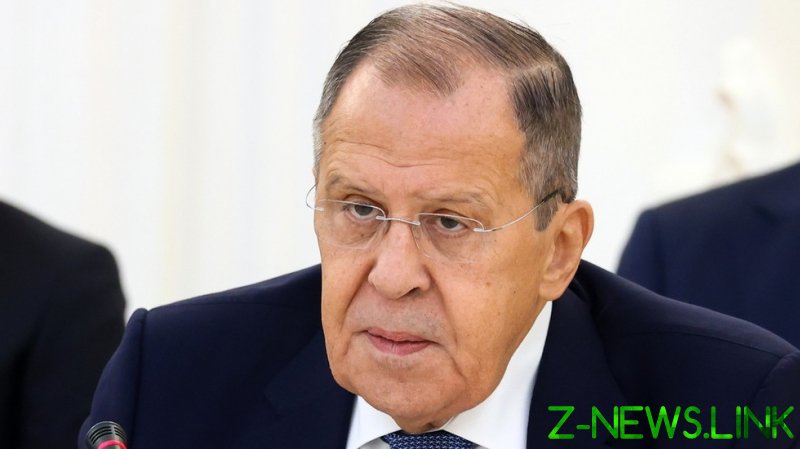 A call by Ukrainian President Vladimir Zelensky for NATO members to deploy nuclear weapons against Russia is a reminder of why Moscow launched military action against his country, Russian Foreign Minister Sergey Lavrov has said.

“Yesterday, Zelensky called on his Western masters to deliver a preemptive nuclear strike on Russia,” Moscow’s top diplomat stated during a media conference on Wednesday.

In doing so, the Ukrainian leader “showed to the entire world the latest proof of the threats that come from the Kiev regime.” Lavrov said Russia’s special military operation had been launched to neutralize those threats.

He dismissed as “laughable” an attempt to downplay Zelensky’s words made by his press secretary, Sergey Nikoforov.

“We all remember how [Zelensky] declared in January Ukraine’s intention to acquire nuclear weapons. Apparently, this idea has long been stuck in his mind,” the Russian minister said.

On Thursday, Zelensky told the Australian Lowy Institute that NATO must carry out preemptive strikes against Russia so that it “knows what to expect” if it uses its nuclear arsenal. He claimed that such action would “eliminate the possibility of Russia using nuclear weapons,” before recalling how he urged other nations to preemptively punish Russia before it launched its military action against his country.

“I once again appeal to the international community, as it was before February 24: Preemptive strikes so that [the Russians] know what will happen to them if they use it, and not the other way around,” he said.

His spokesman then claimed that people interpreting Zelensky’s words as a call for a preemptive nuclear strike were wrong, and that Ukraine would never use such rhetoric.