Home / business / Language quotas: how radio channels are preparing for the changes

Language quotas: how radio channels are preparing for the changes 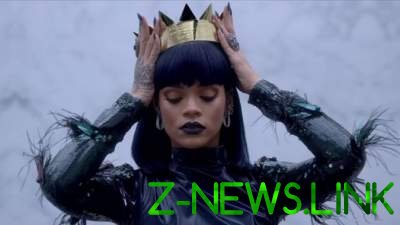 Many radio and television stations can be a problem.

This week will begin the next stage of Ukrainization of TV and radio. October 13, national channels at 75% should be in Ukrainian, the regional relief is “only” 50%. This means that news programs, talk shows, and any General transfer format must be in Ukrainian, can speak other languages.

For movies obligatory dubbing. On November 8, and many radio stations will become more Ukrainian. Now songs in Ukrainian should be not less than 25% (about two per hour) and it will be almost a third — 30% (three per hour). But this applies to those that broadcast in Russian and Ukrainian pop music. And those whose basic format of Western music, you can still an hour to put a couple of Ukrainian songs.

The rule that DJs 12 hours a day must broadcast in Ukrainian, remains unchanged. Noncompliance penalty (5% of the license fee). The degree of willingness to change, we discussed with experts and themselves staged a “revision” of the ether.

Leading stebutsya over his Ukrainian

Today on TV there are a number of shows, leading them speak Russian. For example, “Surprise, surprise!” on the STB, where Masha Efrosinina tells his guests “welcome!” or projects “kvartala” — “League of laughter”, “Evening quarter”, “Evening Kiev”, “Laugh comedian” (out on “1+1”) and “Diesel show” on ICTV or “coolest” with Russian Andrei Domansky and Andrey Danilevich. In review us TV channels recognized that the right to take and be the Ukrainian same comic show is unrealistic.

“We are gradually increasing the number of Ukrainian room now in “Diesel show” them five or six of the 20 guestrooms,” he said on ICTV

On the channel “Ukraine” has assured us that the popular Russian TV-presenter Oleksiy Sukhanov actively teaches Ukrainian: “In the program “Govorit Ukraina” he’s all eyeliner voiced Ukrainian. With the Ukrainian guests, he spoke Ukrainian, Russian — in Russian. Began and TV shows to shoot in Ukrainian: now there is a “Duty doctor” will soon premiere medical melodrama “Dr. Kovalchuk”.

Humor “95 Quarter” is also overtures to Ukrainian soil, running in the air at the end of September show “Game fun” where in one of the issues I’m mixed on the subject of language. “Axis of stench, — represents the leading actors Igor Lastochkin, Yak not speaking about our zbro s football odinnadcati our vdbna humorists. You can garantovati scho vashi Arti will Nasimi?” — “Pokey scho Neisse — TSE your ukrajinska mova”, critically observes the actress Tatiana the Dog. After destroying view Igor said: “Mi nacino”. “Mi pochino!” again corrects his Dog. “Mi pakinam!” — still wrong Swallow.

As for the radio, listening to FM broadcasts a top, found that, on the one hand, quotas are observed, and with another — almost no sound our artists, singing in Russian. Only once per hour performed the song Svetlana Loboda and never — Ani Lorak, Olya Polyakova, Ivan Dorn or Potap and Nastya. Themselves the radio fans insist that there is no conspiracy here.

“They have gone six months without hits. And, according to the rules of our radio stations, one actor may appear in the air not more than once in four hours. And on radio stations, the format of which — foreign hits of such compositions to get the cream of the crop”, the Director “Hit FM” and the General producer of “Russian radio” Vitaly Drozdov

“And we better put a proven foreign a hit than the song of the Ukrainian artist of the Russian language. In principle, we already turn 30 percent of Ukrainian songs, though only 25 are required. This is due to the fact that the network station in the regions put their songs and ad units, and the ratio may swim, but not to get out of quotas, we put a reserve”, – Vitaly Drozdov.

As program Director of “Autoradio” and radio “Friday” Anna Sviridova very emotionally explained, where did the stars, which in Russia are in great demand. “Where is their Ukrainian-language songs?! They did not write and rest on their laurels in the calculation, it is easy to get into the block Russian songs because of their popularity? — outraged Sviridov. — And radio stations there is a huge demand for quality Ukrainian-language content. In addition, the station that played Western music, prefer to take in new Russian song Potap, and the new song of Rihanna. And for 25 percent of Russian music will take the Ukrainian language track, even if not particularly well-promoted artist. Some artists, such as Dmitry Shurov to kill two birds with one stone, simultaneously recorded the song in Russian and in Ukrainian.”

With 50% quota for radio, the situation was more complicated: on the one hand, the proportion is observed, and with another — on the radio often skips surzhik and Russian words. However, according to Sviridova, surzhik is counted as the Ukrainian language, if it is not dominated by Russian words: “For this reason, the song is sung in mixture, are counted as a Ukrainian”.