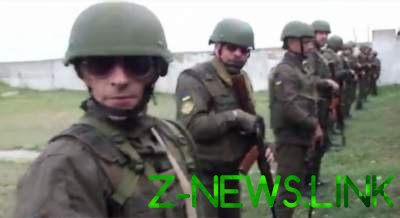 For two weeks the reservists and the capital region will remember how to fight.

On grounds of the Armed forces and the national guard to start training reservists. They will involve the replenishment of state military units in case of shortage during active hostilities.

For two weeks the reservists and the capital region will remember how to fight. Half of them already have combat experience.

46-year-old Eugene Tsaritsyn to the front asked in 2014. He was a tank commander of the national guard, fought for the Parliament. The landfill took the boots that I bought for the war three years ago.

But Taras Poverty to the front was not hit. However, this scenario does not exclude. He says he wants to be ready for anything.

Instructors know fought there before the reservist. Otovci can give good advice. But exercise all the same.

Reservist of the national guard “the godfather” fought as a tanker, and now perekvalifitsiruetsya on hand. “Concluded from our military experience – tank that tankers do not always participate in the battles in Panzer divisions. Sometimes you have to get out of the tank,” says “godfather.”

He says: “decided in their crews that are here – we have six Kiev in order to pass infantry training.”

In General, now the National guard has across the country – some 18,000 reservists.