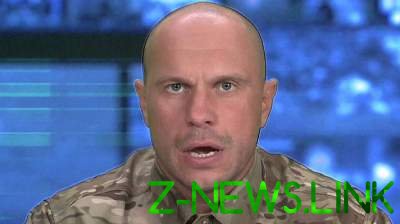 The politician is sure that with the money he “will help Ukrainians”.

The head of the Socialist party of Ukraine Ilya Kiva declared that it will participate in the presidential elections in 2019.

“Of course, I will participate. I now need to prepare themselves. In other words you will not win. This competition is a sport,” he said live on channel 112.

“I do not stop. The time will come and I will win, if not in 2019, let them through elections. And it will happen. I know it, I believe it, that’s why I came into politics,” said Kiva.

In addition to Kiva for the elections can go to Oleg Lyashko, Yulia Tymoshenko, Nadezhda Savchenko, Sergey Kaplin, Andrew Biletsky.

Petro Poroshenko has not yet announced about the re-balloting.

Ilya Kiva from October 2015 to may 2016 was the head of the Department of counteraction of narcocrime National police.

A native of Poltava Ilya Kiva became a local police officer in September 2014. He headed the territorial defence battalion “Poltava”, but soon this position lost because of the rebellion of subordinates. In December 2014 he was appointed signalniy gumvd in Donetsk region. In June 2015, Kiva moved to the post of the Deputy chief of UMVD of the Kherson area. This position he held until the appointment of the main fighter with drugs.

From November 2015, when entered into force the law on the national police, all employees of bodies of internal Affairs were obliged to pass certification, but Kiva never passed.

In April 2015, then head of national police Khatia Dekanoidze said that he would at the head of the MVD documents for the dismissal of Kiva. The reason was his interview with “Country” in which he said that “sooner or later” it “will still fill up” Volunteers, “which have nothing to do, and the hand to the machine used to”.

In the end, under public pressure, the Minister of internal Affairs Arsen Avakov promised that Kiva will go to another job.

Before moving to the service of the police Kiva was convicted of receiving a bribe the Deputy head of the Department for consumer protection in Poltava region. However, in August 2014, the court removed his criminal record.