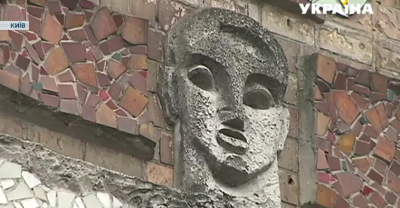 The foam is laid directly on the mosaic.

In Kiev mocked the mosaic on the facade of the old house. The residents decided to insulate the apartment from the outside and put the material directly into a raised pattern.

Close up of a mosaic of foam! This metamorphosis took place in a residential area of the capital. The walls of Khrushchev from the Soviet era were decorated with murals. However, the residents of one of the apartments decided to insulate the house from the outside, just over the frescoes. The majority of the interviewed residents of the neighborhood are outraged by the corruption of the mosaic.

About cultural and material values such ceramic mosaic and tells the architect Stanislav Demin – like, on the one hand, it is the memory of the historical era. With the other valuable work that I would have posted millions.

See also:  Patriotic photo of the occupied Donetsk "blew up" the Network

“This is a highly artistic, very good work. If today anyone of the developers went into creating such a panel, it would put a lot of money,” says the architect Stanislav Demin.

Meanwhile, the owner of the apartment in response to the accusations of the public shared photos of their home. Them moldy walls. Fungus and mold, according to her, divorced even in the closet.

“It is easy to fight for beauty at the expense of others. This apartment inside is insulated, but it’s useless. In winter every evening we start with, wipe the frost from the wall,” says the woman.

At the same time, Advisor to the Deputy mayor says, so insulation is no good.

“It’s not just a figure, it is a relief. When insulated the front of the house, especially in such brittle material as the foam, it should fully obstuchal, even the tiles on the facade of the house down. They are holes or cracks, the foam will be broken,” – said the adviser of the Deputy of the Kiev mayor Alexei Tikhonov.

However, despite the risks, none of the services can not prohibit such work.

Will not worry about the fate of the mosaic, and in the management of cultural heritage – after all, it is in the list of objects of the same heritage – no. Withdrew and the Department of architecture of the capital.