Home / Incident / Kiev: Audi, knocking the woman took off on the tram rails

Kiev: Audi, knocking the woman took off on the tram rails 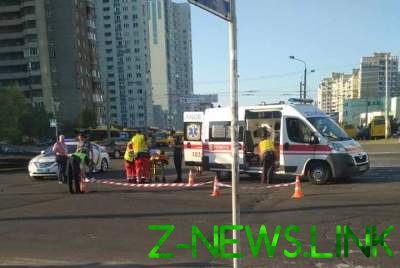 The driver fled the scene of an accident.

On the morning of 15 August, in Troyeshchina, there were two accidents.

According to local residents, the man behind the wheel of the Audi on the numbers of foreign registration made from two accidents.

On the street Miloslavskaya motorist at the crosswalk woman.

See also:  In the Odessa area found the skeletons of a woman and two children

After zakrevskogo the Audi driver took off on the tram tracks, paralyzing the movement of public transport.

According to preliminary data, the driver was drunk. The scene he along with a passenger fled the scene.

Recall, the evening of 14 August accident involving a car happened avtonomera caves on the bridge. 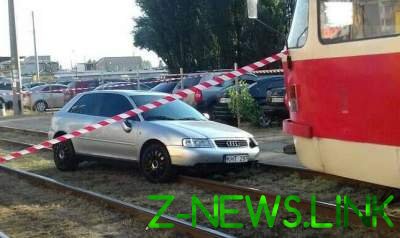