Home / Incident / Kiev attacked the neighbor with a knife

Kiev attacked the neighbor with a knife 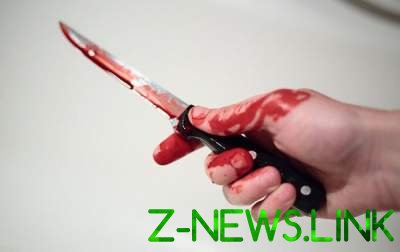 The victim called an ambulance, which was hospitalized in a medical institution

“The incident occurred in the apartment buildings down the street Radunskaya Desnyanskiy district of the capital. The victim received contusions and non-penetrating stab wounds of the chest, right arm and head cuts. Law enforcement authorities received a message that the entrance of the house, the man attacked neighbor and inflicted injuries”, – stated in the message. According to the press service, the tenants caught and held the attacker on the stairs. At the specified address there arrived the crews of patrol and investigative team of the territorial police Department.

It is noted that the wife of 42-year-old victim said that on the morning her husband reached the entrance to the chute. There it with a hammer and a knife attacked a neighbor. He began to beat Kiev with a hammer on the head and then stabbed him. So, the victim had actively resisted and called for help neighbors. Residents of flats, hearing the commotion, ran out into the corridor and detained the offender, and then passed it along to the police.

The victim called an ambulance, which was hospitalized in a medical institution. Currently, the life and health of men threatens nothing. In the police Department of their actions, the detainee could not explain. Information about the event is entered in the Unified register of pre-judicial investigations. The investigative Department of Desnyansky police Department initiated criminal proceedings under part 3 of article 15 of part 1 of article 115 (attempt to murder) of the Criminal code of Ukraine.

Militiamen check information on the mental health of the suspect, because there is information that before this incident, the striker was already on compulsory treatment in a specialized institution.