Home / policy / Kiev asks for clarification on the meeting in Helsinki.

Kiev asks for clarification on the meeting in Helsinki. 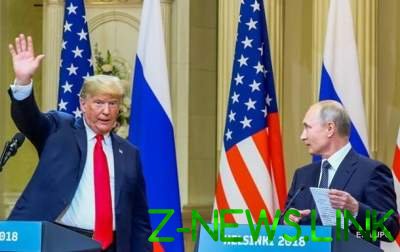 Kiev asks Washington to officially confirm or deny the words of Putin about new ideas for Donbass.

Kiev has requested explanations from Washington about the alleged discussion at the meeting of the presidents of the United States and Russia Donald trump and Vladimir Putin in Helsinki, “new proposals” on resolving the situation in Donbas. On Wednesday, July 18.

“Ukraine has requested official explanations from Washington about the alleged discussion at the American-Russian meeting in Helsinki, “new proposals for settlement of the situation in the South-Eastern regions of Ukraine”, stated the President of Russia in his interview to the Russian media,” – said the Agency interlocutor.

He said that Kiev has offered Washington formally to deny this fact if not confirmed this information.

As reported, after the meeting with trump Putin said at a meeting in Helsinki they spoke of new ideas in Ukraine.

“We spoke on Ukraine. There are some new ideas on how to resolve the situation in the South-East of the country. Agreed to work out this is at the expert level,” – said Putin.

The trump during a press conference after the meeting or later never mentioned Ukraine in the context of the meeting with Putin.