Just the fear of losing 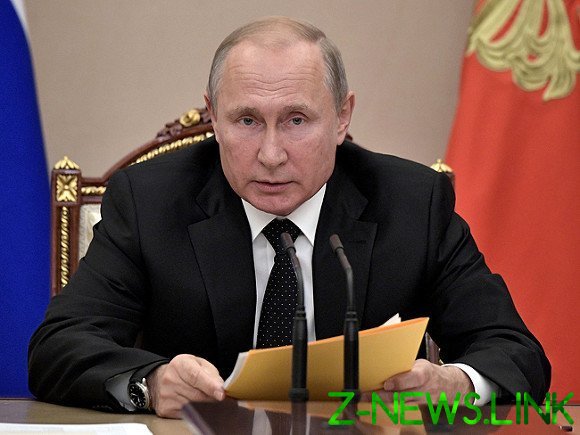 Yesterday gathered in the usual composition. To reconcile reality with plans to identify necessary adjustments. As the conversation about the economy, Medvedev, as usual, was not invited. When he hears an unfamiliar word, then immediately falls to sleep, snuffle and distract participants from the topic.

The President noted that in the first half, Russian GDP grew by 0.7 per cent and industrial growth for the seven months stood at 2.6 percent. That is, the rate is positive, but the trend overall is weak. With such a dynamic, we on the fifth rung of the global economy not to jump in, add it. As a positive factor in Vladimir Putin noted that the increase in wages in the economy. But immediately expressed concern that the real income of people grows slowly.

The participants nodded, agreed, supported and, in General, his whole appearance showed willingness to strengthen, increase and accelerate…

Closer to the evening, RBK reported that the Ministry of economic development lowered the forecast of growth of real incomes of Russians in 2019 from 1 to 0.1%, and reduced the GDP growth forecast in 2020 from 2 to 1.7%.