Home / policy / Julia Galiamina arrested for ten days. This is her third arrest in a row

Julia Galiamina arrested for ten days. This is her third arrest in a row 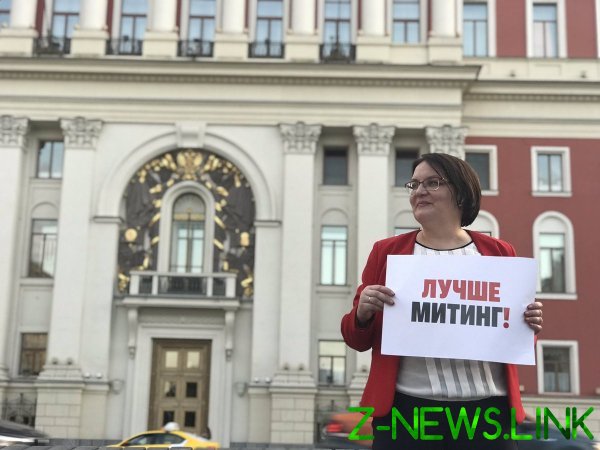 The Tver court of Moscow has arrested for 10 days municipal Deputy Yulia Galiamina for a call in Facebook to participate in the rally for fair elections on August 3. About it reports “MBH media”.

Palamino was accused of organizing an “inconsistent” action (part 2 of article 20.2 of the administrative code). At the hearing on Monda called the case against her as political persecution. “History confronts us with the choice. Me — prior to entering into or conscience. You — to honor or salary. I’m sure that the choice you already made. I’ll sleep great tonight, albeit on an uncomfortable bed in the detention center, and you cannot sleep peacefully,” she said.

On the eve Palamino was detained at the exit from the detention center in Mozhaysk, where she was serving 15 days of administrative arrest for organizing a protest rally for fair elections on July 27. Before the arrest, she called an ambulance, as mandapa had high blood pressure.

Earlier the court arrested Palamino for 10 days on the article about the organization “inconsistent” rally for the action on July 27. As evidence, the court cited numerous social media posts with a call out to the rally. A witness in the case were the employee of the Center “e”, which allegedly revealed violations by results of monitoring Facebook.

Then Halamine arrested for 15 days for the action on July 27. She was found guilty under part 6.1 of article 20.2 of the administrative code (participation in the action, causing obstruction of traffic). She not pleaded guilty.