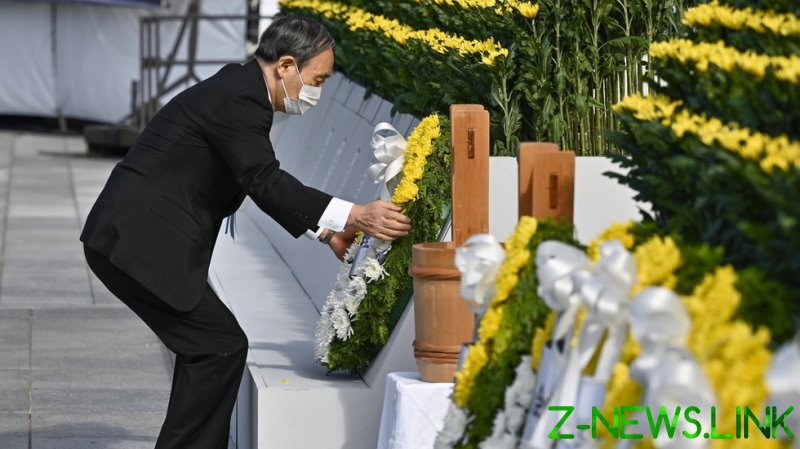 “I want to take this occasion to apologize for having skipped some parts of my speech at the ceremony,” Suga said at a news conference after an event to mark the anniversary. He went on to summarize parts of the address he passed over, including recognition that Japan is the only nation to have been hit with the bomb.

During his speech, instead of advocating a world without nuclear weapons, Suga jumped directly to disagreements “between the positions of each country on how to advance nuclear disarmament,” puzzling many viewers. Some observers even suggested the PM omitted the “most important” passage in the address.

The error was first picked up by local media outlets, with state-run agency NHK cutting its subtitles during a live broadcast as Suga apparently overlooked a page of the speech, according to Reuters.

Hiroshima holds a yearly ceremony to honor the approximately 140,000 killed in the American air raid early on the morning of August 6, 1945, in which the 9,000-pound ‘Little Boy’ was dropped on the city. The vast majority of casualties were civilians, many vaporized instantly in the blast, while others perished only after suffering horrific injuries. Another 74,000 people were killed three days later in the city of Nagasaki under a second nuclear bomb, ‘Fat Man’. Some 76 years later, they remain the only atomic weapons to have ever been deployed in an attack.