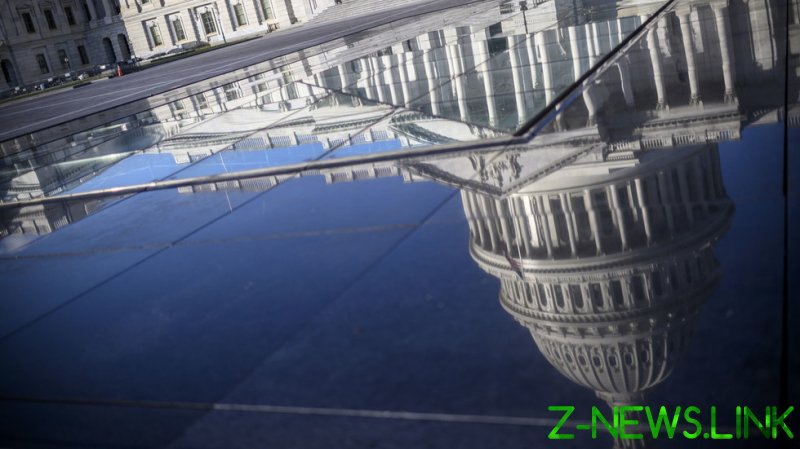 Congress’ inability to agree on the increase of coronavirus stimulus checks has created a lot of confusion within American society, a just-released survey by think tank Data for Progress shows.

Some 47 percent of more than 1,000 people polled pinned the blame on the “Republicans in Congress and Senator Mitch McConnell” while 32 percent said the “Democrats in Congress and House Speaker Nancy Pelosi” were behind the failure. At the same time, supporters of each party tended to blame the opposing one for the failure.

Some 15 percent somehow managed to blame the US president, Donald Trump, for the deadlock in Congress. Trump however, has been the main proponent of bumping the stimulus paychecks from $600 to $2,000.

The embattled coronavirus relief package has endured months of stalled negotiations and failures, before US lawmakers finally managed to agree on it late in December. Trump initially refused to sign the bill, arguing that $600 stimulus was too little. However, the president ultimately signed the package last Sunday.

With the bill signed into law envisaging a $600 check, the lawmakers attempted to pass a separate bill, bumping the payout to the $2,000 mark. The legislation, tabled by the Democrats, was promptly passed by the House, but ran into a deadlock in the Senate on Friday. The effort got blocked by Republicans, including Majority Leader Mitch McConnell, who basically argued that the stimulus was too large and did not fit into the concept of the “targeted relief” needed to tackle the economic fallout of the pandemic.

The Senate deadlock has angered some within US society so much that properties of the two top members of Congress – McConnell and House Speaker Nancy Pelosi – have been vandalized.

“Were’s (sic) my money” was scribbled on McConnell’s front door in Louisville, while Pelosi received a similar message on her property in San Francisco. Unidentified suspects left a pig’s head on the sidewalk near her house, also spray-painting “Cancel rent!” and “We want everything” on a garage door.