Home / WORLD / It’s an assault on freedom, this scandal of thousands of people wrongly prosecuted for Covid ‘offences’ like not wearing a mask

It’s an assault on freedom, this scandal of thousands of people wrongly prosecuted for Covid ‘offences’ like not wearing a mask 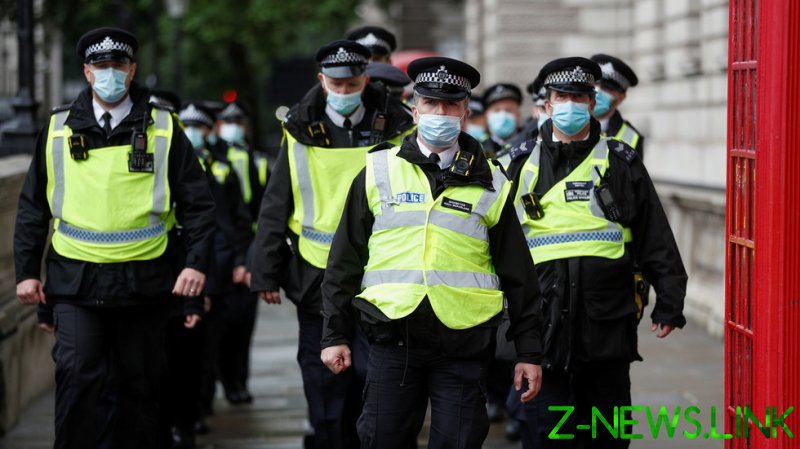 A Crown Prosecution Service review has found that, in almost one-in-five cases brought for breaches of health protection regulations in England and Wales, people were wrongly charged. But, with an additional 4,000-plus people prosecuted under the fast-track ‘Single Justice Procedure,’ this figure is likely to be even higher.

Covid and the official reaction to it has shown up many failings in the way the UK is run, not least in the workings of our law enforcement and criminal justice system.

Between March 26, 2020 and March 31, 2021, 1,821 finalised cases were brought under the Coronavirus Act and Health Protection Act. But, of these, 549 were incorrect and had to be withdrawn. That’s not all. Figures released last month show that 4,242 cases were also brought under the Single Justice Procedure (SJP).

The SJP was introduced in 2015 by David Cameron’s government, under the Criminal Justice and Courts Act, with the aim being to speed up justice for summary non-imprisonable criminal cases. Under it, rulings are made by a magistrate sitting ‘behind closed doors’ with a legal adviser. There is no obligation for either side to attend court. The system has proved problematic to say the least. These so-called ‘secret trials’ have grown and grown: in the nine months up to last September, nearly 400,000 people in England and Wales had been prosecuted under it – with around 70% not offering a plea.

It’s not hard to understand why this happens.

Defendants have a very short time window – just 21 days from the day of posting – to respond. But suppose the letter is lost in the post? Or if someone has moved house? Or is away on holiday? Or ill in hospital? Then they could be convicted without even knowing.

A common use of SJP notices is for non-payment of TV licences. My wife and I paid ours several months ago, (and the payment was taken) but up to last week we were still receiving threats of prosecution. An SJP notice might have been issued – and what, then, if we didn’t receive it? We could have been found guilty in absentia, for something we hadn’t done. Josef K, eat your heart out.

SJP – designed to improve justice – is criminalising record amounts of Brits. As the Guardian points out, they weren’t supposed to be used for prosecutions under the Coronavirus Act, but they have been.

Furthermore, a review found that all the charges under the Act were brought incorrectly. That in itself isn’t too surprising, given how confusing the regulations are – and the fact that they have changed more than 60 times .

Take, for example, those on mandatory mask-wearing. We’ve seen lots of headlines about people getting into trouble for not ‘masking up.’ But if you don’t want to wear one, all you have to do is to declare that you are exempt. You don’t even have to wear a lanyard saying you are exempt. The non-exhaustive list of exempt categories includes: “people who cannot put on, wear or remove a face covering because of a physical or mental illness or impairment, or disability.” And, “where putting on, wearing or removing a face covering will cause you severe distress.”

Yet, almost a year on since masks became mandated in a number of public settings, many people still seem to believe they will definitely get a fine if they don’t wear one.

The police too, at least in the first six months of the regulations, didn’t seem too sure what the law was either – hence the high percentage of wrongful fines/prosecutions. In January, police in Wales fined a couple £60 for driving seven miles to see the woman’s 94-year-old mother in a care home. The police at first defended the fine, but then rather embarrassingly had to rescind it.

It’s not just Britain which has descended these past 18 months into a 21st century update of a Franz Kafka novel. Things are even worse on the Continent. In Spain, Germany and France, enforcement of Covid regulations has been particularly harsh. That not only includes arresting people for not wearing masks – but also arresting people who protest against such restrictions. But admitting that the grass isn’t any greener overseas doesn’t mean we shouldn’t be campaigning for changes here at home.

With every single prosecution brought under the Coronavirus Act up to the end of March 2021 having failed, surely it is time for the act to be scrapped. And for the use of SJPs to be restricted, too.  Justice delayed may be justice denied but so, too, can be justice that is rushed – particularly if it is based on bad legislation and make-it-up-on-the-hoof regulations that change every time you look at them.