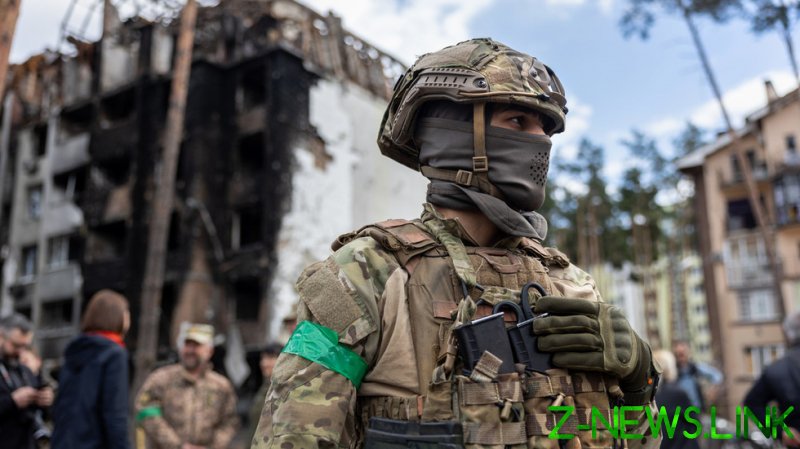 Italy has opened a criminal investigation into a man who said he traveled to Ukraine to fight Russia and prevent the nation’s “denazification.”

Kevin Chiappalone, 19, is accused of mercenary activities and has become the first Italian to face prosecution in the country for fighting on the Ukrainian side in the ongoing conflict between Moscow and Kiev.

Genoa’s anti-mafia and anti-terrorism prosecutor, Marco Zocco, has launched an investigation into Chiappalone, who is a resident of Genoa, Italy’s ANSA news agency reported on Wednesday. The man could face between two and seven years behind bars under a 1995 law that prohibits Italians from participating in an armed conflict on behalf of foreign nations.

According to the Italian media, the law enforcement agency launched the probe after Chiappalone gave an anonymous interview to the Italian Panorama weekly back in March.

He told the publication that he was seeking to prevent Russia from supposedly “reviving the Soviet Union,” and said he would “do what is necessary,” including killing “the enemy.”

The Italian fighter said he had no prior combat experience or military training before arriving in Ukraine through Poland.

“I have trained for a month-and-a-half and now I’m fighting at the front,” he said on Thursday. Photos purportedly showing Chiappalone fighting in Ukraine have since surfaced on social media, in which the Italian reportedly appears in military uniform holding an assault rifle and a machine gun.

In his interview with ANSA, Chiappalone also denied that he had traveled to Ukraine to prevent its denazification by Russia.

“CasaPound has nothing to do with it and I didn’t do it because Putin wanted to denazify Donbass,” he said on Friday.

The Italian also described the criminal investigation against him at home as hypocrisy. The Italian authorities are prosecuting him at a time when Rome itself is sending weapons to Kiev, Chiappalone argued, calling this “contradictory.”