Home / WORLD / ‘It sends a clear message that our daughters’ rights are worth fighting for’: New rules on transgender athletes passed in US state

‘It sends a clear message that our daughters’ rights are worth fighting for’: New rules on transgender athletes passed in US state 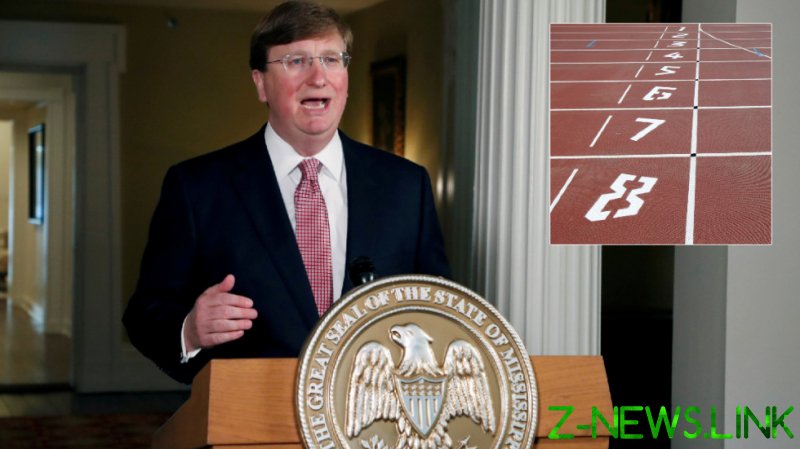 Republican chief Tate Reeves said the first anti-trans legislation approved by a governor this year would “ensure that young girls in Mississippi have a fair, level playing field in public schools”, carrying out a symbolic public signing after supporters of similar bills argued that trans women have a physical advantage over athletes born as women.

Statehouses across the US, including in the Republican-governed South Dakota, are reportedly close to voting on similar laws, although the Human Rights Campaign (HRC), which is the country’s largest LGBTQ rights group, has dismissed them as discriminatory.

The Mississippi House voted 81-28 to pass the bill, which orders that male students will not be allowed to compete in female sports, although it does not elaborate on how genders will be determined by law and how the likely challenges that will materialize will be addressed.

“It sends a clear message to my daughters, and all of Mississippi’s daughters, that their rights are worth fighting for,” announced Reeves after the state senate voted 34-9 in favor, although CNN countered that “trans women athletes in the state are also daughters and are precisely the ones whose rights are being targeted by the new law.”

Alphonso David, the president of HRC, said there were no examples of state transgender athletes “gaming the system” to gain an edge, adding that “none exist”.

Chase Strangio, the American Civil Liberties Union deputy director for trans justice, compared the legislation to rules that had previously seen Republicans attempt to restrict trans students from using bathrooms in line with their gender identities.

“Just like it was never about restrooms, this bill is not about sports,” he said, while David slated what he described as Reeves’ “appalling” desire to lead “the latest anti-transgender push”. “It’s about pushing trans people out of public life,” added Strangio.

In South Dakota, governor Kristi Noem said she was “excited” to seal similar legislation, explaining that it would ensure “girls’ fairness in girls’ sports.”

“We are still examining the bill, getting ready to make decisions on it,” she said by way of qualifying her remarks, according to CNN.