Home / photo report / It looks like the most useless airport in the world. Photo

It looks like the most useless airport in the world. Photo 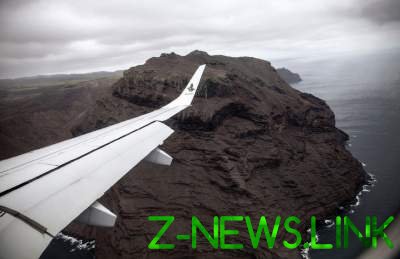 The aircraft – a rarity.

Where is the most useless airport in the world? It is located on the island of St. Helena in the Atlantic ocean. Here lives only 4.5 thousand people.

Is an island in the Atlantic ocean 1800 km to the West of Africa. (Photo By David Stanley): 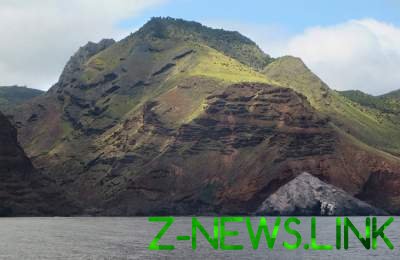 Saint Helena is of volcanic origin. In the southern part there are several extinct craters with a height of 818 m. All the houses located between the slopes. (Photo By Ed Cropley | Reuters): 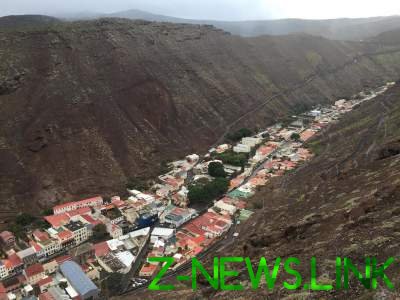 The construction of the airport in the overseas possessions has cost the UK almost 320 million euros (285 million pounds). It soon became clear that because of design errors and strong crosswinds, the airport cannot receive large aircraft. Demand for tickets was also low. In the end, this air Harbor called the most useless in the world. This is her landing strip. (Photo By Gianluigi Guercia): 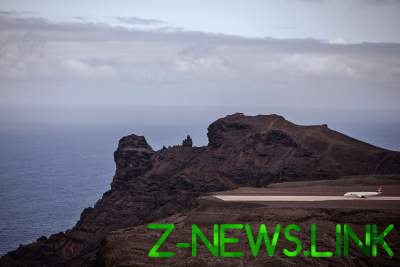 Still at the airport took only a single flight in may 2017. And now, there landed first regular flight with 78 passengers from Johannesburg, made a refueling in the capital of Namibia. (Photo By Gianluigi Guercia): 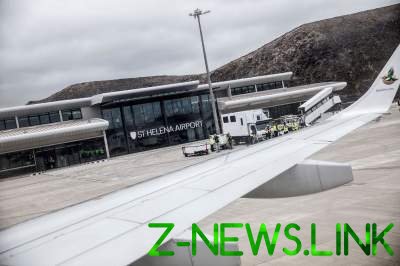 St. Helena island is part of British overseas territory, which also includes ascension island and Tristan da Cunha. Here was exiled Napoleon after his defeat at the Battle of Waterloo. By the way, a small part of the island (0,14 km2) to two houses, where lived Napoleon Bonaparte, and the valley where he was buried, belongs to France.

It is a member of the local government, dressed as Napoleon, on the background of the house where Napoleon lived. (Photo By Ed Cropley | Reuters): 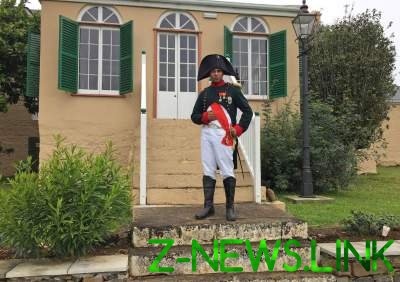 Five years ago, the letter of Napoleon, hand-written during his exile on St. Helena island on 9 March 1816, after the defeat in the battle of Waterloo in 1815, was sold at auction for a record $ 325 thousand euros.

699 steps and you will get out of town in the gorge to the top. (Photo By Gianluigi Guercia): 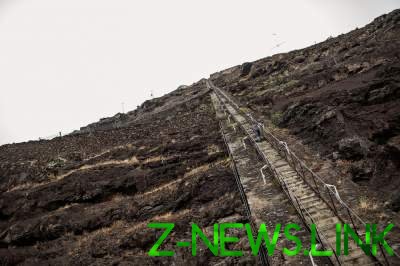 This is the view down. (Photo By Ed Cropley | Reuters): 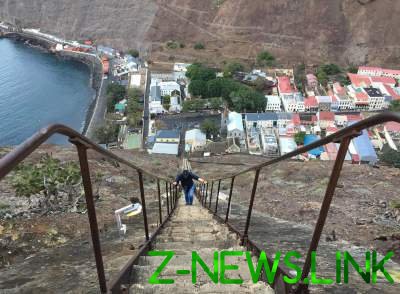 The city. (Photo By Gianluigi Guercia): 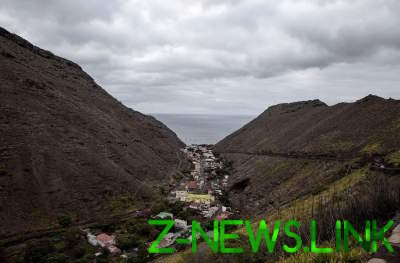 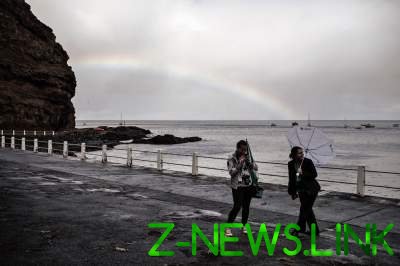 Before the construction of the Suez canal, the island was a strategic point for ships on their way to the Indian ocean. (Photo By Ed Cropley | Reuters): 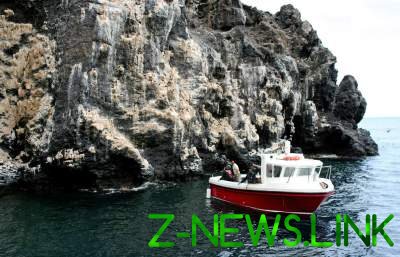 This former old warehouses of the 19th century, above which rise the rocks. (Photo By David Stanley): 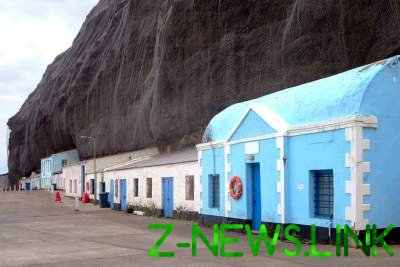 Here is a curious place where the most useless airport in the world. (Photo By Gianluigi Guercia): 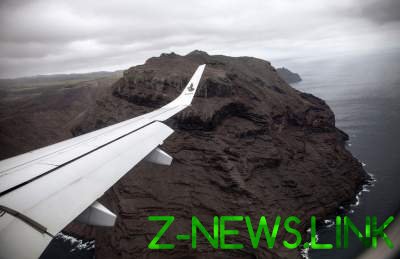