Home / business / It became known, that the Ukrainians spend the most money

It became known, that the Ukrainians spend the most money 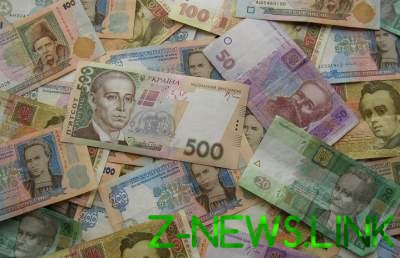 Ukrainians spend 94% of money earned for goods and services, manage to postpone only 6%.

The most sought-after goods and services are products and medications, as well as the cost of travel is becoming more expensive faster than the average inflation in the country.

According to state statistics, all Ukrainians spent in the first half more than 442 billion. If you consider that the country has more than 16 million households, each of which averages of 2.58 person, the income per household is about 4600 UAH/month. Of them for products out of 1850 UAH/month., and, for example, travel — 460 UAH/month., the bad habits — 330 UAH/month., on drugs — 280 UAH/month.

Amid high cost of food and transport people spend seven times more money on alcohol and cigarettes than on education! And almost twice more than the rest, communication, clothing and footwear. Moreover, in three years the cost of tuition percentage has fallen by one third, and the money remained almost the same.

According to experts, the crisis will last three years, and after 2020 will start the recovery as the global and Ukrainian economy. 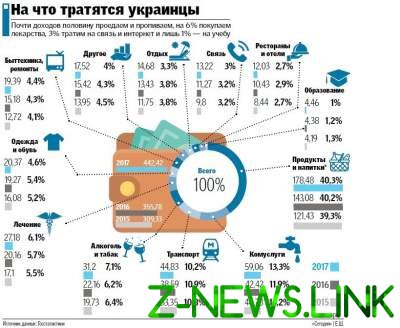