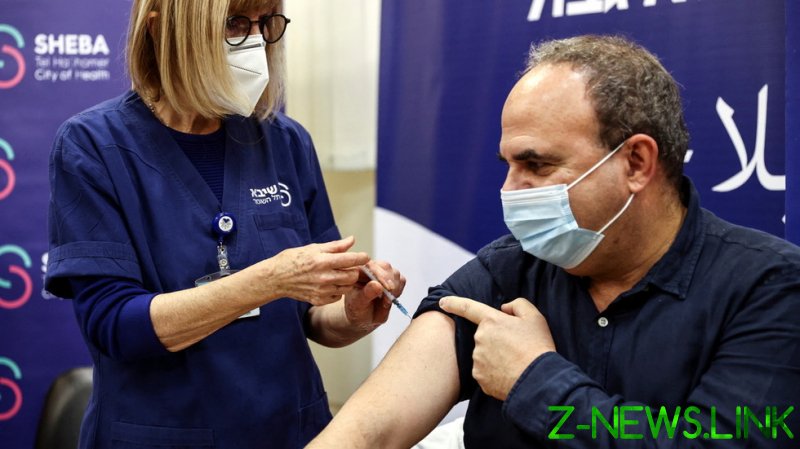 Israel has begun administering a fourth Covid-19 vaccine dose to triple-vaccinated test subjects. The Jewish state is already planning on offering an extra booster shot to the elderly and vulnerable.

150 medical workers at the Sheba Medical Center near Tel Aviv began receiving a fourth dose of Pfizer’s Covid-19 vaccine on Monday. These workers have all received three doses – an initial two plus a booster – already, and will be monitored for six months as researchers assess their antibody levels and monitor for potential side effects, CBS News reported.

“Hopefully, we’ll be able to show here … that this fourth booster really provides protection against the Omicron,” Jacob Lavee, a professor at the prestigious hospital, told the Associated Press.

The trial is believed to be the first test of a fourth booster dose anywhere in the world, and comes at a time when the Omicron variant is rapidly becoming the dominant coronavirus strain worldwide. Although the new variant typically causes only mild to moderate symptoms in those it infects, it is believed to be highly transmissible, and studies have shown vaccines to be significantly less effective against it when compared to earlier variants.

Israel was the first country on earth to vaccinate a majority of its citizens, and was one of the first countries in which the vaccines were shown to lose efficacy over time. Since then, the country has been an early trailblazer in administering booster shots, and around 45% of the Israeli population has received a third dose of the Pfizer shot.

With the trial underway, Israel’s Health Ministry is weighing a decision to offer a fourth vaccine dose to people over the age of 60, those with compromised immune systems, and healthcare workers. Prime Minister Naftali Bennett, who has been triple-vaccinated but is currently in isolation after a family member tested positive for Covid-19, has backed the proposal.

In the US, the Centers for Disease Control and Prevention (CDC) gave the green light in October for adults with compromised immune systems to receive a fourth shot of either Moderna or Pfizer’s vaccines.