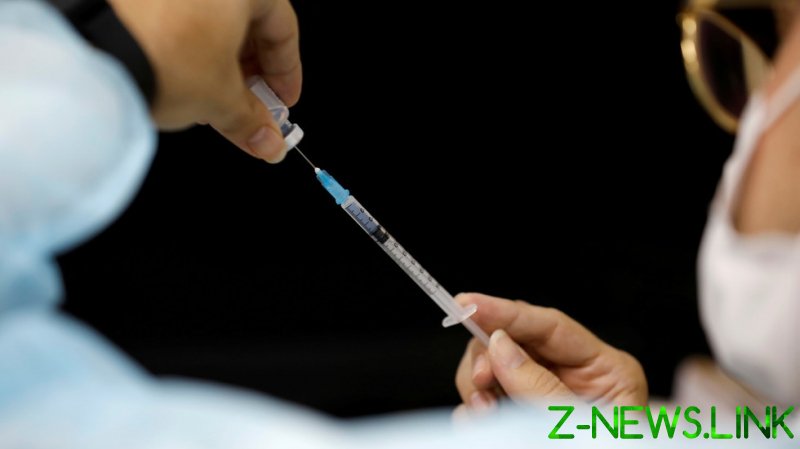 Earlier this week, the sides agreed that Israel would transfer its short-dated doses of the US-made jab to the occupied West Bank so that PA could accelerate its lagging vaccination campaign. In exchange, the Jewish state was to receive the fresh ampules of the vaccine that Pfizer had been scheduled to deliver to Palestine this autumn.

But after receiving the first delivery of some 90,000 doses from Israel on Friday, the Palestinian Authority called off the deal over claims that the vaccines didn’t meet technical specifications and that “their expiry date was too close.”

On Saturday, Israeli Health Ministry said that it was surprised by the Palestinian move. The doses of the immunization that were sent to the PA were “perfectly sound” and “identical in every way to the vaccines currently being given to citizens of Israel,” it insisted.

The ministry didn’t see a problem in the fact that those vaccines were to expire in late June as the manufacturer deems them perfectly safe for use. The rest of the doses involved in the deal were good until the end of July.

It also claimed that the Palestinians were well aware of the expiration dates before the delivery.  “We hope that the vaccination campaign in the Palestinian Authority will begin soon,” the Health Ministry said.

The news of the initial deal stirred up controversy among Palestinians, who generally don’t trust Israel. Some feared that potentially subpar vaccines could end up damaging their health instead of providing protection against the coronavirus.

The announcement that the Pfizer doses would be sent back to Israel wasn’t enough to calm the public as several Palestinian groups urged the local authorities to investigate the officials, who struck the controversial deal.

The Palestinian Health Professions Syndicate labeled the agreement to exchange vaccines with the Jewish state a “scandal,” insisting that “this issue needs to be clarified.”

The call for a probe was backed by the National Democratic Forum, with said that the agreement was a “disgrace to the Palestinian decision-makers.”

The Palestinian Coalition for Accountability and Integrity (AMAN) expressed concerns over “the impact of what happened around the vaccine deal on the extent of citizens’ confidence in the vaccine administration process in general, and on the process of citizens’ turnout to receive it.”

So far, around 30% of the Palestinian population in the West Bank and Gaza has received at least one shot of a Covid-19 jab, while about 55 percent of of Israel’s total population are fully vaccinated.

After the failure of the deal with Israel, the PA said it was going to keep pressuring Pfizer for it to supply the 4 million doses of the jab that Palestine already paid for as soon as possible.