‘Israel has a right to defend itself,’ Biden tells Netanyahu, as Blinken calls Palestinian leader Abbas to condemn rocket attacks 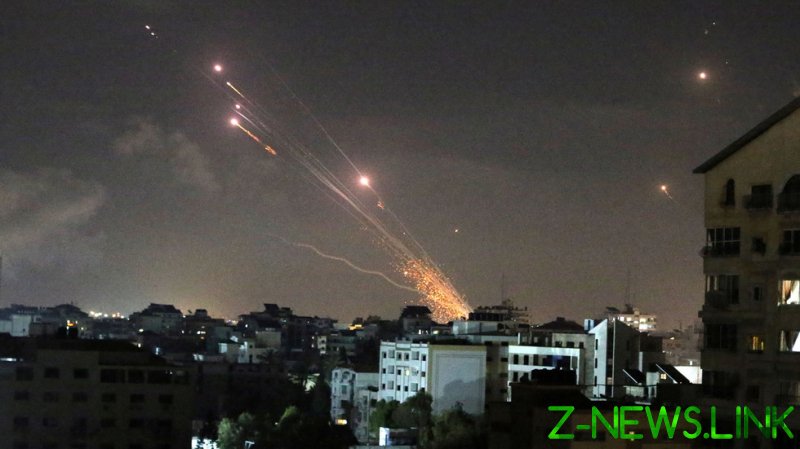 Biden reiterated Washington’s “unwavering” commitment to Israel’s security and its “legitimate right to defend itself” during a Wednesday phone call with Prime Minister Benjamin Netanyahu, amid a new bout of fighting in the blockaded Palestinian enclave.

The president “condemned the rocket attacks by Hamas and other terrorist groups, including against Jerusalem and Tel Aviv,” also briefly mentioning the importance of “protecting civilians,” according to a White House readout of the call.

The renewed violence erupted after days of heated protests over planned evictions of Palestinian residents in occupied East Jerusalem. The demonstrations met harsh police crackdowns – including near Al Aqsa mosque, the third-holiest site in Islam – with hundreds injured in the resulting clashes. Anger over the evictions, as well as the police response to the protests, prompted rocket fire from Gaza on Monday night, kicking off a deadly cycle of escalation between the two sides.

Democrats in the US Congress have called on the Biden administration to address the looming evictions, with 25 lawmakers signing onto a letter this week expressing “deep concern about Israel’s imminent plan to forcibly displace nearly 2,000 Palestinians” in two Jerusalem neighborhoods.

Addressed to Blinken, the letter goes on to note that some 5,000 homes in East Jerusalem were demolished by Israeli authorities between 1967 and 2017 – citing a report by the Land Research Center – while also calling attention to Tel Aviv’s ongoing military occupation of the greater West Bank, of which East Jerusalem is a part.

Biden himself has also come under pressure from House Democrats over his pronouncements on the fighting in Gaza, with New York Rep. Alexandria Ocasio-Cortez blasting an earlier statement backing Israel’s right to self-defense.

“Blanket statements like these w/ little context or acknowledgement of what precipitated this cycle of violence – namely, the expulsions of Palestinians and attacks on Al Aqsa – dehumanize Palestinians & imply the US will look the other way at human rights violations. It’s wrong,” she said.