Home / WORLD / Is Belarus preparing for life after Lukashenko?

Is Belarus preparing for life after Lukashenko? 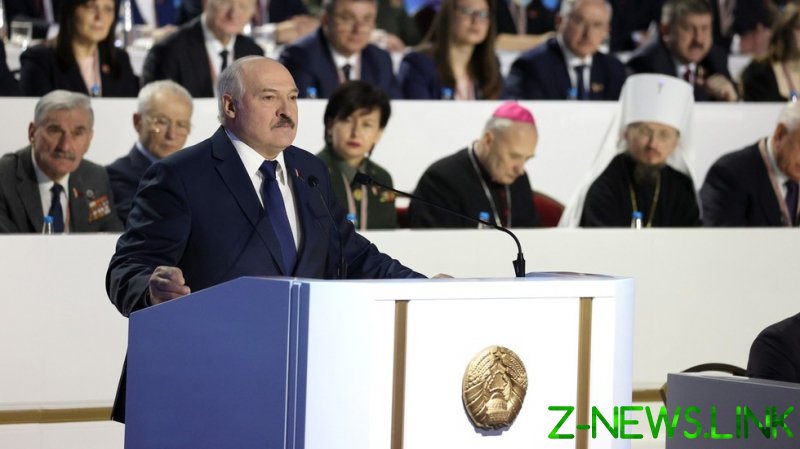 Belarus is on track to undergo a series of symbolic political reforms by way of amending its constitution. The first draft of the new document has recently been unveiled to much fanfare outside the country. But what might it mean?

Opinion pieces in both the Russian and Western media have nearly unanimously agreed that Belarusian leader Alexander Lukashenko is getting ready for a transition of power. The man who has ruled the Eastern European nation since 1994 has himself said the process is a precursor to standing down, arguing that the tas of formulating the new document cannot be given to an unknown president, as it would be a “disaster.” Yet many opposition figures have dismissed this as nothing more than a stalling tactic delaying his departure.

They point out that, under the terms of the new constitution, the All-Belarusian People’s Assembly is probably being introduced merely to protect Lukashenko’s interests in the long term, so warn against exaggerating the significance of these developments.

In reality, over the past few decades, politics in Belarus has been mostly what one might call a game of unreality. Anything declared on the political arena has always translated to a simulation rather than the actual implementation of what is declared. The republic’s political parties simulate a parliamentary process, while its trade unions simulate a semblance of workforce independence when, in fact, they are the agents of the executive branch, and so on and so forth.

The All-Belarusian People’s Assembly is not a new player on Minsk’s media and political scene. It has already convened several times in its previous unofficial capacity, doing nothing much other than serving as a tool to add legitimacy to Lukashenko’s decisions and policies. Writing it into the constitution and formally making it the final arbiter is not likely to create a new powerful political actor in Belarus, because its membership is de facto determined by the executive branch, and the draft constitution does not contain any provisions to change that.

It would be fair to say that linking these constitutional amendments to a planned transition of power is premature. They make much more sense viewed as just another round of mock political reform. It is still too early to speak of a transition of power in Belarus, but when it does happen, the assembly’s role will likely be the same as before: to legitimize the new leadership.

If viewed as a hypothetical platform for exerting influence on the successor, it’s also weak: it’s too vulnerable, due to the fact that the executive branch – and we’re talking about the central body, not the regional executive bodies – has total control over its membership. This arrangement has been in place for decades, and there’s no reason to think that will change anytime soon.

So, Lukashenko’s ‘comfortable retirement’ – which will happen eventually, in the very distant future – will likely be guaranteed only via his successor, of whose loyalty the veteran leader needs to be absolutely sure. And there are very few candidates that fit the bill: only his own children, and namely his son Viktor.

All of that having been said, Belarus frequently disproves predictions, and it would be nice to be wrong.