Home / Travel / Irish prison as the best attraction in Europe

Irish prison as the best attraction in Europe 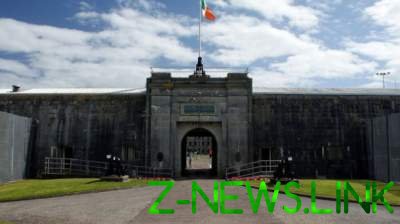 The Irish prison island of spike received the special prize at the World Travel Awards in 2017.

This prison is practically unknown outside of cork, but at the ceremony, which was held in St. Petersburg, she managed to get around the Roman Coliseum, the Eiffel tower and Buckingham Palace.

The current tourist attraction traces its history from the VI century, when the island spike settled monks. In the VIII century the monastery was turned into a fortress, where later collected prisoners sentenced to deportation to Australia. And before 2004 there were 2300 inmates.

See also:  Named the best city of the planet for the New year

Irish Alcatraz opened to visitors in 2016 after the reconstruction, which cost about 4.8 million pounds. The new name of the island derives from the fact that you can reach it only by boat.

Currently, the former prison also offers night tours for the brave guests that include a stay in solitary confinement in a block called “Irish hell.” There are 28 single cells contained the most dangerous criminal prisoners. They were bound from head to toe and wrapped in black, leaving only the eyes.

Note, in 2015 and 2016, the main prize of the World Travel Awards has received two other Irish landmarks Dublin Guinness Museum and the Museum “Titanic Belfast”.

World final World Travel Awards will be held in December in Vietnam.