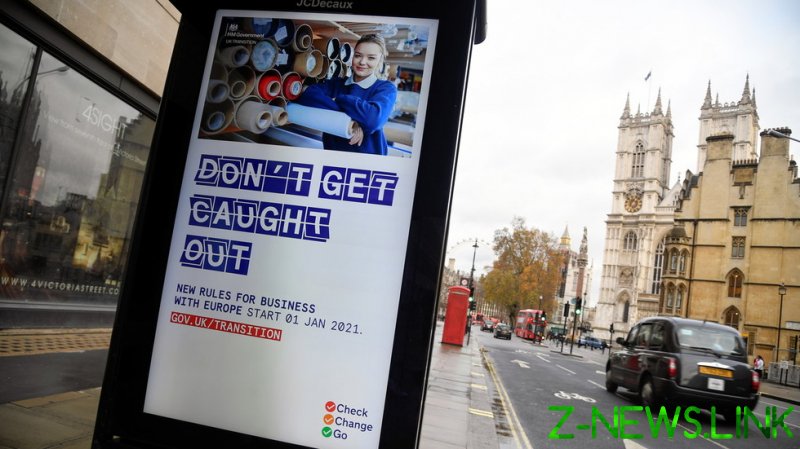 The Internal Market Bill is an “insurance policy” that will protect the “integrity of the UK” as a single entity, Cleverly said, adding that it contains clauses Britain may need to “rely on.”

The draft Internal Market Bill is scheduled to be back before the UK Parliament late on Monday.

Cleverly also told Sky that the “UK’s exit from the EU will not be delayed,” insisting that the transition period “is going to come to an end this year.”

However, the minister stressed that “there is still the possibility of getting a deal” with the European Union on future ties, and the UK will “keep negotiating” with Brussels until the point where time runs out or until the deal is done.

Meanwhile, Irish PM Micheal Martin said on Sunday that an agreement is in everyone’s best interests. “My gut instinct is that it’s 50-50 right now,” he told RTE.

Ireland’s Minister for Foreign Affairs Simon Coveney warned late on Sunday that it would be “crazy” if the UK concluded a trade deal with the EU and then passed legislation that prevented it being ratified. “Flexing muscles in Westminster may play well in terms of domestic politics in the UK but I think it has undermined trust with the EU.”

However, Coveney said en route to Brussels: “I still think it is more likely than not that we will find a way to getting a deal done, but I won’t be shocked if it falls apart.”