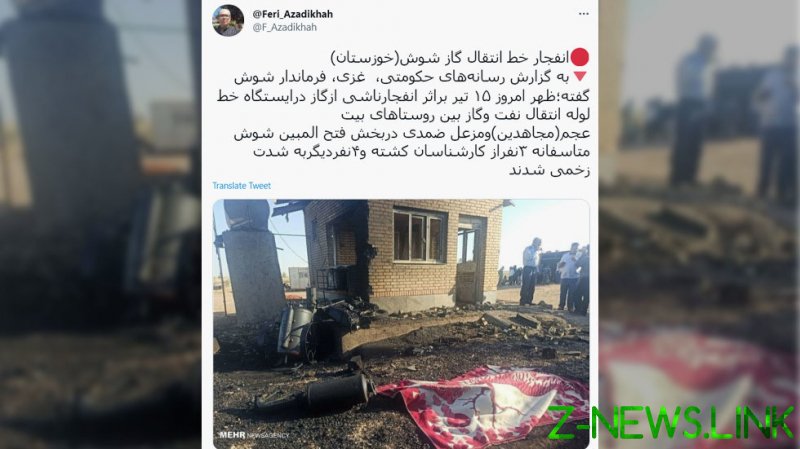 The blast, caused by a gas leak, occurred at around 4pm local time, Adnan Qazi, the governor of Shush County in the province of Khuzestan, was quoted as saying on Tuesday.

Pictures apparently taken at the scene showed major damage to a small building surrounded by debris, and a motorcycle lying on its side.

Three people described as “experts” were killed in the explosion, which according to IRNA took place in a district of the county of Shush

Qazi said the four “seriously injured” people had been “resting” in a nearby room that was struck by the explosion.

Iran’s Mehr news agency reported the blast site as being in the Cheshmeh Khosh oil field, around 20 kilometers (12 miles) from Shush in neighboring Ilam province.

It named those killed as two senior directors of the pipeline and an employee of the National Iranian Drilling Company.

They were reportedly carrying out work to the “pipeline inspection gauge” when a section of the line blew up.

Iranian Oil Minister Bijan Zanganeh has called for an immediate investigation into the blast.