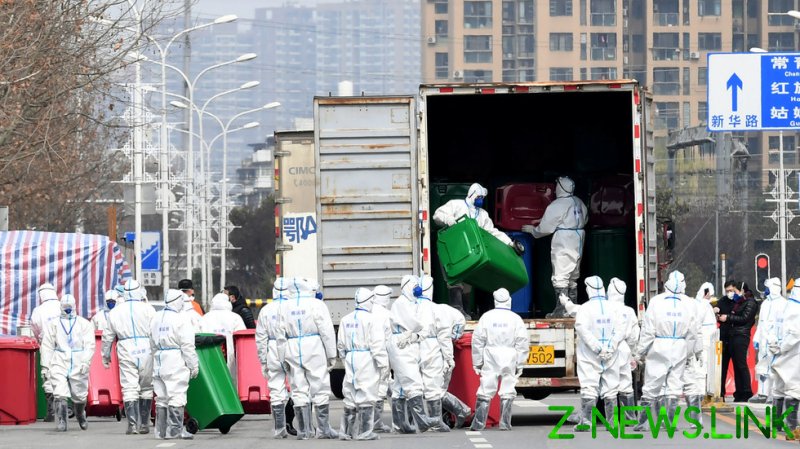 The US decision to task its intelligence services with digging into the origins of coronavirus shows that the country is fixated more on blaming China rather than establishing the truth, Chinese Foreign Ministry spokesman Zhao Lijian told a regular press briefing in Beijing on Friday.

“This only suggests that the US is not interested in finding out the truth, it does not want any scientific research, this is just a political game, an attempt to throw the blame on others and throw off their responsibility,” Zhao added.

The theory that the Covid-19 might have originated from a secretive biological lab in Wuhan emerged shortly after the beginning of the pandemic. No actual evidence has ever been produced to support such claims.

The lab-leak theory made headlines again last week, after the US Centers for Disease Control and Prevention (CDC) director Rochelle Walensky said that the “lab-based origin is one possibility.”

US President Joe Biden has ordered a new probe into the origins of the virus – tasking US intelligence to conduct the analysis.

“I have now asked the intelligence community to redouble their efforts to collect and analyze information that could bring us closer to a definitive conclusion and to report back to me in 90 days,” Biden said on Wednesday.

The announcement came shortly after CNN reported that Biden had shut down a State Department investigation launched by his processor Donald Trump last fall. The probe, which was looking into allegations that the virus might have originated from the Wuhan lab, was reportedly discontinued over concerns of sub-par evidence and possible “cherry-picking” of facts.

Apart from the new Biden-commissioned report, the US Senate has voted through legislation requiring the release of all the classified information relating to the origins of coronavirus. Under the bill adopted on Thursday, the Office of the Director of National Intelligence (ODNI) has 90 days to release “any and all information relating to potential links between the Wuhan Institute of Virology and the origin of the coronavirus disease.”

The lab-leak theory has previously been explored by a World Health Organization (WHO) team of experts that visited Wuhan early this year. The WHO team has effectively shot down the leak theory, stating that “a laboratory incident hypothesis is extremely unlikely to explain the introduction of the virus into the human population.”