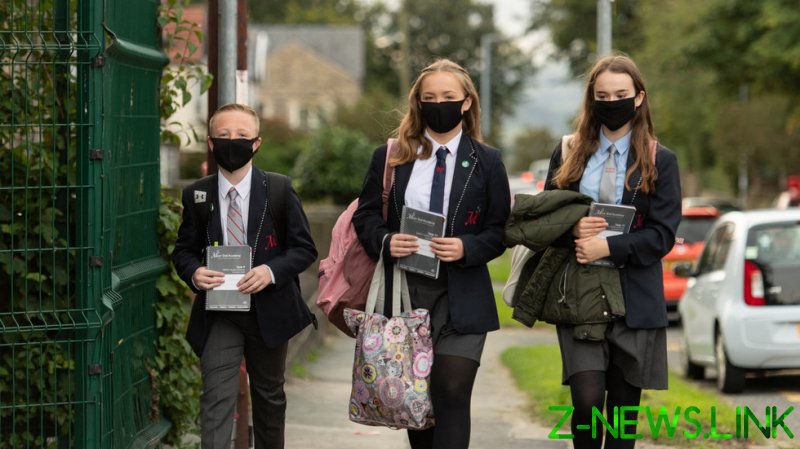 Something has gone seriously wrong when the National Education Union (NEU), the largest teachers’ union in England, decides that its mission is to indoctrinate school children rather than educate them.

A document produced by the 450,000-member NEU declares that there is an “urgent” need to “decolonise” every subject and every stage of the curriculum. The urgency of taking these dramatic measures is justified in light of the recent Black Lives Matter protests and Covid-19 pandemic.

Any sensible person would imagine that, given the corrosive impact of the pandemic on children’s education, the NEU would devote all of its energies to the task of helping children make up for the precious time that has been lost during the past 16 months.

However, the NEU appears more interested in promoting political activism among its members than attending to the very real educational needs of young people. The document, which outlines the so-called lessons learnt since the NEU’s ‘decolonisation conference,’ asserts that education has dark colonial roots in virtually every area.

According to the report, “from curriculum to routines to classroom layout, our education system has been shaped by colonisation and neo-liberalism.” In the fantasy world of the decolonisation movement, everything – from the way children sharpen their pencils to the way songs are sung in the classroom – is pervaded by the toxic influence of events that occurred two to three centuries ago.

The NEU is by no means the first teachers’ union to embrace the crusade against white privilege. Back in April, the teachers’ union NASUWT exhorted schools to decolonise all subjects, including maths and science. However, in comparison to the ideological programme outlined in the recent NEU document, the demands of the National Association of Schoolmasters Union of Women Teachers (NASUWT) were relatively restrained.

Unlike the NEU, the NASUWT did not target the colonial influence on classroom décor or the design of the classroom. The NEU document goes far further than many of the recent teacher-led decolonisation initiatives in that it self-consciously advocates that its members embrace the role of culture warriors, charged with the mission of undermining the cultural values of British society.

According to a report in The Telegraph, the NEU document outlines how specialist decolonisation ideologues could “train teachers and schools on whiteness, anti-racism, creating tools for critical self-reflection” and make “white privilege and colonialism visible in schools.”

The NEU also recommends what it calls “activist training for teachers.” By activist training, it does not mean encouraging teachers to be more active in the classroom and devoting greater energy towards the task of helping children to realise their potential.

Activism pertains entirely to the political domain. In effect, the goal of activist training is to convert NEU members from their vocation as educators to serving a political cause.

The advocacy of the role of teacher activists has profound implications for the schooling of young people. If this role is institutionalised, then in effect it would mean that academic learning and disciplinary knowledge would become subordinated to the imperative of indoctrination.

It is important to realise that the decolonisation movement does not have the slightest interest in what happened in the colonies, nor in the workings of British imperialism. Decolonisation is a roundabout way of destroying the foundational values of British culture.

In the domain of education, its approach leads to the debasement of culture (language, history, literature, music, the visual arts and the sciences) and its replacement by social objectives unconnected with academic knowledge and understanding. Its displacement of education by indoctrination deprives children of their birthright and of access to quality learning.

Nor are advocates of decolonising everything only interested in reacting to the unjust consequences of colonialism. The same people and the same union leaders who want to decolonise the curriculum are also advocates of gender neutrality and a variety of related causes that would undermine the distinction between boys and girls. That’s why the NEU has called on Government to make LGBT+ relations a compulsory part of the primary and secondary curriculum.

Just about everything that the NEU advocates leads to the further corruption of real education. This organisation should really rebrand itself as The National Indoctrination Union.