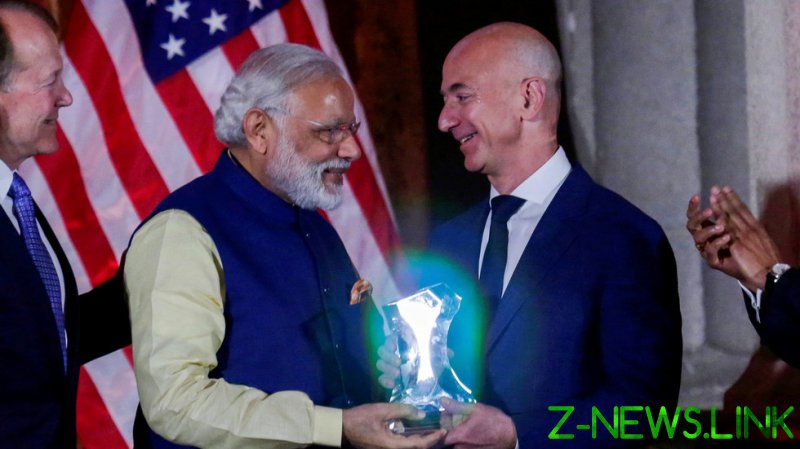 In the words of CNN, “India is building its own internet” or, more accurately, its own nationally focused applications and social media ecosystem. There’s a myriad of reasons as to why. First of all, following clashes between government forces and protesting farmers over the past few months, Indian authorities have increasingly clashed with American social media giants such as Facebook and Twitter, demanding they censor activist accounts on their networks. The government ended up shutting down the internet entirely in certain areas to try and curb the unrest. Then secondly, the border skirmish with China has also seen India ban hundreds of Chinese apps, including the international sensation TikTok.

Irrespective of the target country, the motivations are the same: India wants national sovereignty over its internet. Just such a position is held, somewhat ironically, by Beijing itself, which has previously called it “cyber sovereignty” – the idea that the internet within a certain country is not a liberal-free-for-all Wild West, as many have previously understood it, but is in fact subject to national laws and sovereignty. This has usually been associated with authoritarianism and censorship; hence its creation by China. However, as we can see by India’s embrace of the concept, the world’s attitude to the internet is changing. As geopolitics reconfigures itself and aspects of ‘globalization’ come under scrutiny, the dream of the internet as a libertarian ideal is closing down not just in the East, but in the West too.

The internet is the best example of globalization you can get. It is the melting pot of everything and anything. It has made information universal. It has broken down national borders and made the world smaller and accessible at one’s fingertips. It has heralded a revolutionary change in human living at least as significant as the industrial revolution and arguably even more so. Yet up until the last few years, its political consequences were neither known nor understood. It was once seen in utopian terms – that the internet and its total openness would spread liberalism and progress throughout the world. That’s why it was only “bad countries” like China and North Korea that wanted to “keep out the truth” by exerting political control over what people could read and do online. “Good countries” in the liberal West would never dream of doing such a thing, right?

Yet, in 2021, the concept of ‘national sovereignty’ over the internet is expanding from what was once condemned as an authoritarian idea into something widely used and supported. This sea-change in attitude can be pinned down to a single year: 2016. This was the year that populism and anti-globalization, most famously exemplified by Brexit and Trump, broke into the mainstream and revealed to the Western political class that the internet and social media were not a linear force of one-way enlightenment. The reality was far more anarchic and provided the chance for ‘false’ ideas and ‘misinformation’ to be propagated on an industrial scale, as well as to give power to political movements that could challenge the ruling establishments that had previously been able to be kept at bay.

The internet represents openness, but that openness was always in fact conditional on political security and confidence, as opposed to an ideological matter of principle. In reality it was never really as simple as “bad countries hiding the truth”, as it was fear of the internet’s ramifications. China understood that first, and now the West’s sense of confidence and security about the free internet is also evaporating.

The alleged Russia interference scandal, which was weaponized heavily in the attempt to discredit Donald Trump’s presidency, created new pressure on Silicon Valley to regulate its content. Since then, organizations such as Twitter and Facebook have become increasingly partial towards the foreign policy goals of the United States and stomp out those who question them. The Capitol Riot only maximized this sentiment even further, with social media and internet companies not wanting to be held liable for political unrest, violence and instability nurtured on their platforms.

The events in the world’s largest democracy are merely a continuation of this trend, albeit being further ahead of the West owing to its unique conditions. Narendra Modi sees an uncontrolled and unbridled internet as a threat to India’s own stability and development, be it from China, Pakistan or for that matter even the United States. Therefore, not only is New Delhi piling pressure on Silicon Valley to stop platforming dissent, but it also wants to build a new internet ecosystem the way China has done. China has created Weibo and WeChat; India wants its own options like this which it can better monitor and control.

Whilst Modi has been criticized for his authoritarian turn, this is more so a product of the real world we live in today. The idea of a universal, unrestricted internet was always utopian and idealistic to the extent it hinged on the political belief that if only everyone had enough information, they would all be liberal democrats. As geopolitics has shifted, countries no longer have confidence in that idea. Thus “cyber sovereignty” is increasingly gaining currency throughout the world. Once dismissed as a draconian Communist control, it is now seen as a necessity in the light of how platforms such as Twitter can easily destabilize countries – even ‘good’ ones.