In Zaporozhye the man killed the landlord because of higher rents 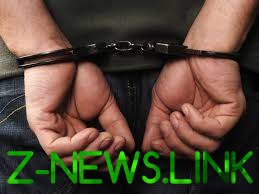 The man died at the scene from his injuries.

The incident happened on the territory of Shevchenkivskyi district of Zaporizhzhya city. About it reported in sector of communications city Prosecutor’s office.

A man in an alcohol intoxication during conflict has inflicted multiple punches and kicks to the landlord. The cause of the quarrel was the increase in the housing payment.

The culprit himself went to the police the next day and told him about the crime. Earlier it already had problems with the law. Now he faces up to 10 years in prison.