Home / Society / In Volyn kitten saved a family from death

In Volyn kitten saved a family from death 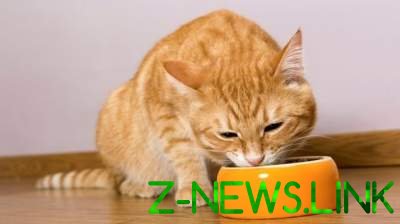 In one of the villages Gorokhovsky district, 55-year-old woman along with her 5-year-old granddaughter in a private garden, gathered mushrooms that look like mushrooms. Having prepared the dish, they had Breakfast for them the next day and treated the kitten.

“About two hours later, the girl noticed how the kitten became ill mouth was foaming, convulsions began. A few minutes later the cat died. Then, the grandmother realized that the mushrooms on a thin stalk does not mushrooms and went to doctors”, – reports the Volyn regional centre of emergency medical aid and disaster medicine.

Physicians, having arrived to a call place, recorded in the affected a slight indisposition and nausea. Both patients washed stomach and in a state of moderate severity hospitalized in a hospital in Lutsk.

According to the rescuers gschs, mushroom poisoning is very difficult to treat. After all, the main danger of fungi is toxins, alkaloids and compounds of heavy metals that they contain.

The primary signs of poisoning appear within 1-4 hours after consumption of mushrooms, depending on the mushroom species, age and state of health of the victim, amount of food eaten mushrooms.

• Buy mushrooms only in shops, greenhouses, specialized kiosks, especially avoid the spontaneous markets.
• Do not gather mushrooms near highways, industrial wastelands, former landfill, chemical and radiological hazardous areas; with a damaged leg, old, weak, worm-eaten or covered with mucus; “Mushrooms”, which records the lower surface of the pileus white.
• Do not try raw mushrooms taste.
• Mushrooms be cooked on the day of collection, otherwise they formed a putrid poison.
• When processing the mushrooms should be boiled for 7-10 minutes in water, then broth to merge, then the mushrooms can continue to boil or fry.
• Do not treat in any case, mushrooms children, the elderly and pregnant women.
• Strictly follow the rules of preserving mushrooms. Improperly prepared conservation of fungi can cause botulism.

1. Call An Ambulance
2. Immediately wash the stomach: drink 5-6 glasses of boiled water or pale pink solution of potassium permanganate; induce vomiting; take activated charcoal (4-5 tablets), when rinse water is clean.
3. After first aid: give the victim to drink strong tea, coffee, or lightly salted water, thereby restore the water-salt balance; put on the belly and the feet of the victim warmers to ease his condition.