In Ukraine, the planned construction of three toll roads 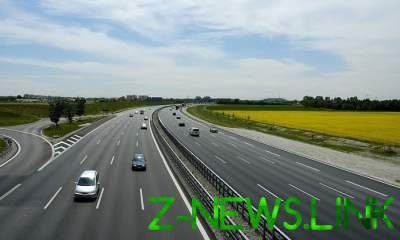 The price per kilometre of toll road, according to the Ukravtodor, will cost 11 cents.

In Ukraine, the planned construction of three toll roads. This was stated by the Deputy Minister of infrastructure on European integration Viktor Dovgan, referring to the draft of the new National transport strategy until 2030, which should be adopted next month.

According to the Deputy Minister, the first draft of this strategy will be the construction of three toll roads in Ukraine: Lviv – Kiev – White Church and the new route, which will unite Odessa and Zhytomyr motorway.

Latest road will relieve the County of the Kiev road that is currently used by trucks coming from West to Odessa. The main stream of trucks, next to Odessa from Poland, runs between the campus and the Towers.

The Ministry believes it is unacceptable, therefore it is planned in this area to completely ban truck movement and build private toll roads.

Trucks do not leave any other choice but to follow the toll road. Car drivers will be able to travel for free. Dougan said that the toll road is planned to make only trucks and foreign vehicles. The price per kilometre of toll road, according to the Ukravtodor, will cost 11 cents.

See also:  The first Lamborghini SUV to be auctioned