Home / economy / In Ukraine earned the most powerful wind turbine

In Ukraine earned the most powerful wind turbine 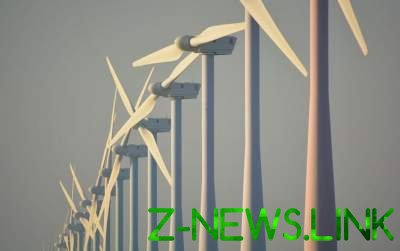 In the Mykolaiv region has launched the second phase of the most powerful in Ukraine of wind power.

October 18, in the Berezansky region of the Nikolaev area launched phase II of the most powerful in Ukraine of wind power – Tuzlovsky wind farm Wind Park of the black sea.

This was reported by the press service of the Berezansky district administration.

See also:  The NBU will sell at auction one hundred million dollars

It is noted that today the total capacity of wind turbines of the Park is 5 MW, but in General it is designed for the production of 30 MW of electricity.

Also introduced a new wind turbine Park is 3.2 MW, which today is the most powerful in Ukraine.

Recall that at the end of last year in the Lviv region launched the most powerful wind farm in Western Ukraine.

See also:  Poroshenko threatens to bring Ukraine into the seventieth place in the ranking of Doing Business

And in the beginning of October 2017 in the Kherson region has launched a new wind farm.