Home / Incident / In Transcarpathia, the teenager shot the guy with a rifle

In Transcarpathia, the teenager shot the guy with a rifle 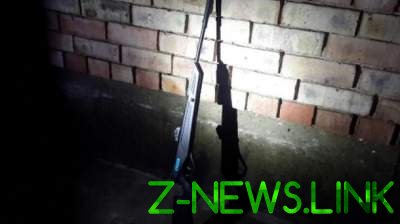 In Rakhiv district, there was a conflict in the company of young people, which ended in a shooting. Information shared in the communication section of the regional police.

“In the evening, 29 November, received a message from regional hospital that to them the patient is turned, the wounded from the pneumatic weapon”, – said the Agency.

It turned out that between the 23-year-old boy, a resident of the village of Serednie Vodiane, and a bunch of guys had a quarrel. During the conflict one of the participants got out of the car rifle and shot at the opponent. After that, the parties to the conflict went to the car.

It turned out that the boys are unable to pass on the narrow road. The victim believes that the driver of the car caught his car. Police have arrested 17-year-old boy who wounded the young man.