Home / WORLD / In the United States, will exhibit paintings of the Roman Sushchenko

In the United States, will exhibit paintings of the Roman Sushchenko 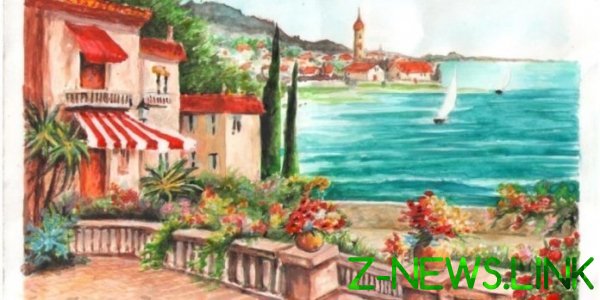 In new York held an exhibition of paintings Sushchenko

On Tuesday, may 28, at the Ukrainian Institute of America in new York held an exhibition of paintings by Roman Sushchenko and evening dedicated to the illegal prisoner Ukrainian journalist and other prisoners of the Kremlin, writes the Chronicle.info with reference to the Telegraph.

“The Ukrainian Institute of America and Razom cordially invite you to visit the exhibition of paintings of Roman Sushchenko, the Ukrainian journalist, who is serving a prison sentence in a Russian prison, being wrongly convicted on charges of alleged espionage,” reads the message on the official event page in Facebook.

See also:  For better work: the Briton surprised colleagues with an unexpected surprise.

They add that art Sushchenko has never been exhibited in new York, although it has been able to see in many cities, including Kiev, Warsaw and Brussels.

“Don’t miss the opportunity to see firsthand the art that man creates from memory, having very limited resources for creativity, but the incredible talent and power of the spirit,” organizers urge.

The event will take place on may 28 at 2 E 79 street, at the Ukrainian Institute of America, beginning at 6:30 PM local time. Admission is free upon registration on the website. Previously the exhibition of drawings Sushchenko took place, in particular, in Kyiv, Chisinau, Warsaw, Paris, Brussels.

See also:  In downtown Toronto was a blast: police blocked off several streets

As a reminder, the correspondent of UKRINFORM in France Roman Sushchenko, in violation of international rules was detained September 30, 2016 in Moscow, where he arrived on a private trip. October 7, 2016 he was charged with espionage. The FSB of Russia stated that Sushchenko is an employee of the Main intelligence Directorate of the defense Ministry of Ukraine. In Gur MOU is denied.