In the river occurred daring robbery on 50 thousand dollars 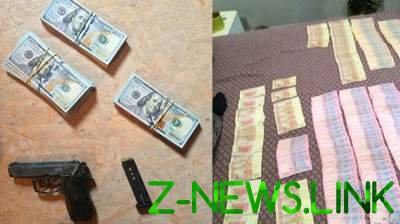 In the river two youths made a hard robbery: tracked down a woman who waited until she was alone, broke into her home, beat and took out the gold and about 50 thousand dollars.

After that, the raiders got into the car and fled in an unknown direction, reported the press service of the city police.
The attack occurred on the morning of 17 October and 21 November, the police managed to track down the suspects.

“Thanks to carried out quickly-search actions the staff of criminal police of the Dnieper Department placed two 20-year-old Dnipro who are suspected of robbery. November 21, police officers carried out the authorized search at the place of their residence”, – is spoken in the message.

According to the Deputy head of the Dneprovsky division of the criminal police Sergei Bohinjka during the search were seized 35 thousand dollars, gold jewelry, 14 mobile phones, tablet, Navigator, 2 radio stations, SIM cards, 15 packages drugs, 89 marijuana plants and a gun with 89 cartridges.

Read also: in Kharkov, a man was beaten to death

Criminal proceedings were opened under article “robbery”, the suspects were detained. To them threatens from 8 till 15 years of prison with confiscation of property.