In the Kiev branch of “Oshchadbank” threw an explosive “cocktail” 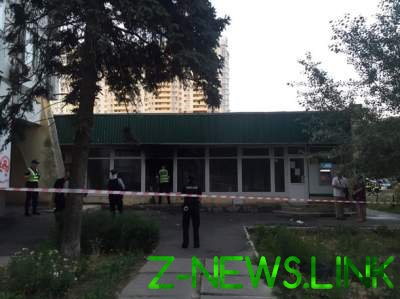 The fire started due to the fact that the attackers threw bottles with an incendiary mix.

On the night of June 22 in Solomenskiy district of Kiev unknown threw an explosive device into the premises of the Bank.

“Night in the premises of the Sberbank exploded unknown device”, – stated in the message.

As reported by the Metropolitan police, at 3.45 p.m. in a call center has received information that on the street Heroes of Sevastopol if you could hear the explosion and the building went smoke.

At the specified address there arrived rescuers, patrol, investigative team and the bomb squad.

Indoors damaged Windows and caused a fire. As a result, nobody was hurt.

According to preliminary information, the fire started due to the fact that the attackers threw bottles with an incendiary mix.

The circumstances of the incident and motives of the offence are established. The issue of opening of criminal proceedings.