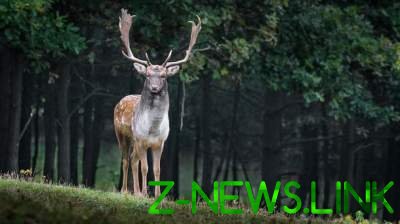 43-year-old man was detained on foot patrol of the police.

In the Chernobyl exclusion zone, the police detained a citizen of Belarus, who was wanted for the sale of discarded horns of deer. About this on his page in Facebook informs the patrol police of Ukraine.

“Employees of Department of police zone of the Chernobyl nuclear power plant detained a citizen of Belarus, which is within a radius of ten kilometers of the fourth power generating unit was hunting for the antlers,” the message reads.

It is noted that the 43-year-old man was detained on the foot patrol of police in the village of Benivka exclusion zone. According to the Belarusian dumped the animals horns he collected for sale.

The cost of one kilogram of such production in his homeland about $ 20.

However, experts advise not to approach close to the horns of the Chernobyl deer and ROE deer, and especially not to be stored in a variety of souvenir products: dosimeter begins to respond even for half a meter to them.

Now on this fact an inspection is carried out. For crossing the state border of Ukraine concerning the citizen of Belarus made the administrative Protocol on h 1 tbsp. 204 (1), Art. Such violation entails a fine ranging from one hundred to two hundred untaxed minimum incomes of citizens or administrative arrest for up to fifteen days. After a corresponding court decision, the man will give the neighboring state.