Home / Incident / In Sumy, a man burned the bodies of the sisters and her friend in the oven

In Sumy, a man burned the bodies of the sisters and her friend in the oven 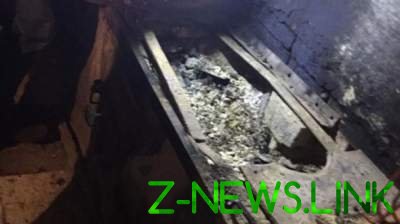 In the Sumy region killed his sister and her friend, and then burned their bodies in the stove. About it reports a press-service of Ukraine in Sumy region.

The event took place in Nedrigaylovsky district on April 30. The man came to visit his 47-year-old sister and her 36-year-old friend. Some time they consumed alcoholic beverages, then began to quarrel.

See also:  Vitu Zavirukha and her boyfriend was beaten in Kiev

The owner of the house for a few minutes, went into the summer kitchen, took an axe and went back to the table. A man with an ax hit my sister and then her friend, from which they immediately died. To conceal the act he moved the bodies to the summer kitchen and burned them in the stove.

Only two days later it became known that the woman and man disappeared. Militiamen found out that the murderer they talked for the last time. During a search in his house found traces of blood, and the oven found charred human bones.

Police detained the man and are preparing a petition for election measures of restraint in form of detention. It is known that the detainee has already served the sentence for murder. The man is threatened by lifelong imprisonment.