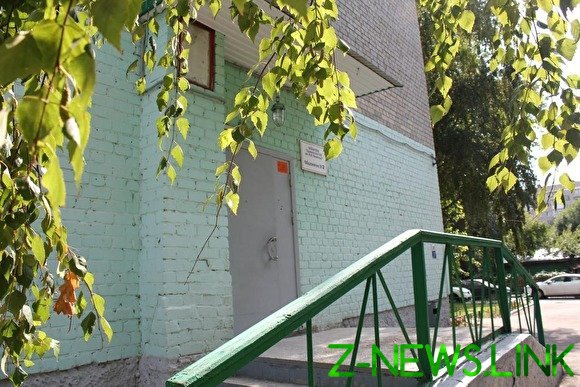 Hostel Saratov state agrarian University in the eve of Victory Day, put up a poster with portraits of German soldiers, reported by “Vzglyad-info” with reference to the readers.

According to an eyewitness Andrei Nikolayevich, including printed photograph, taken in 1942 near Kharkov. The picture shows German soldiers inspect a wrecked Soviet tank T-34 under the name “Chapaev”. Under the driver’s hatch written “beschlagnahmt” which in German means “confiscated”. On another photo Wehrmacht officer gives the team a non-commissioned officer corps during the battle of Stalingrad. Along with the pictures on the banner was written: “With the Victory Day! 9 May”.

As told reporters a man named Sergei, his friend saw the poster on the facade of the building when passing by, and appealed to the staff of the hostel to clarify the error.

“People in the Dorm started to justify that it wasn’t their idea, that they ordered the advertisement in one of the companies that they are not guilty. They are the poster still removed and hung just congratulation with the Victory Day”, — quotes the edition of Sergei.