Home / Science and technology / In sale sneakers made by robots

In sale sneakers made by robots 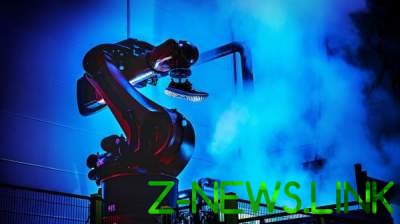 The first city where there will be such sneakers will be the London.

It became known that the world famous company on manufacture of sports equipment Adidas began to produce shoes made entirely “hands” of robots. The first city where there will be such sneakers will be the London.

The company made a special plant, different speed of production of new pairs of shoes, unlike the factory that is using human power. Specialists of the German company claim that this production method can increase the number of units of shoes produced per year, more than thirty million pairs. In the new strategic system, spelled out in Adidas, in the next three years production will run at an accelerated pace thanks to the robots.

The production, done in a robotic scheme is planned in major cities around the world, starting with London and then in other capitals of large States, not including Russia.

This is not the first example of replacing the human hand for robotic equipment. IN all the world is gaining its momentum, the trend of the introduction of robotics in different fields of activity. It is known that the largest companies are developing unmanned vehicles that do not need the taxi drivers have made a robot tattoo artist and conducted the first successful operation of a robot dentist.