Home / economy / In Russia they have calculated the “gray” wages

In Russia they have calculated the “gray” wages 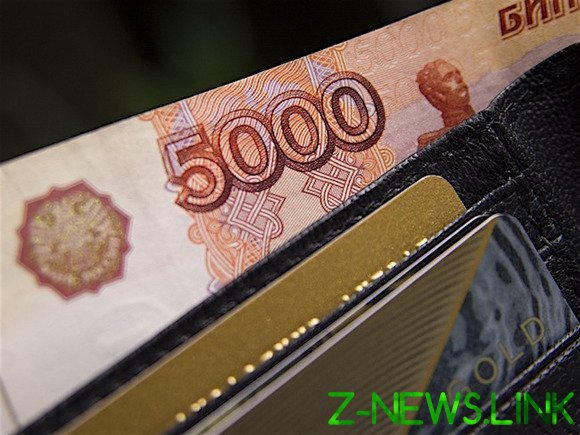 The amount of “grey” salaries in Russia reached last year to 13 trillion rubles, or 12.6% of GDP, while the expenditure part of the Federal budget for the period was $ 16.8 trillion. About this newspaper “Izvestia” with reference to calculations of the Federal service of state statistics”.

The assessment of income of the population, the Agency applies the balance sheet method, which involves, on the one hand, the assessment of all costs and savings, and “going” all the “legal” incomes of Russians. As a rule, the costs and the savings are more income. The difference can serve as a marker of “grey” salaries.

One of the reasons that the Russians themselves agree on the salary in an envelope, called the low income.

However, experts pay attention to the slight improvement in shadow incomes, although explain the dynamics of such a decline in consumer activity of citizens and, as a consequence, the demand for services of freelancers.

Earlier, Rosstat provided data showing that the number of the Russian population with incomes below the subsistence minimum (poverty level) increased in the first quarter of 2019 0.5 million yoy and reached 20.9 million people, or 14.3% of the population. In January—March last year, stated the Ministry, the share of Russians with incomes below the subsistence minimum was 13.9% of the population (20.4 million people).

Note that in the new the may decree of the President of Russian Federation Vladimir Putin set the goal to reduce the level of poverty in the country by 2024 doubled to 6.6% of the population. This year the poverty level, according to the plan, should be reduced to 12%.

Meanwhile, according to Rosstat estimates, real disposable income (after deduction of compulsory payments and adjusted for inflation) of the population of Russia in the I half of 2019 fell by 1.3% yoy. At the end of II quarter of current year the figure fell by only 0.2% after falling by 2.5% in January—March (data for the first quarter were adjusted to the downside with a 2.3 percent).

According to another study Rosstat, the country more than 11 thousand people earn more than 1 million rubles per month. The average salary for people earning more than a million, is 2.4 million rubles. While the proportion of Russians who have earnings in excess of 75 thousand rubles. per month, approximately 12% of the total.

However, early studies of the labor market and wages record that more than half of Russians receive salaries below the national average.