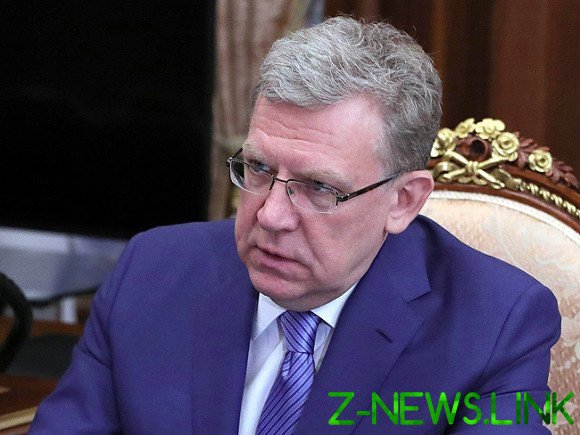 The Chairman of the accounts chamber of the Russian Federation Alexey Kudrin does not exclude that Russian banks may soon face a shortage of capital and need for additional capitalization. This he warned today at the Federation Council.

According to the head of the controlling Agency, “the volume nedonoshennyh reserves equal to the value of the excess capital in the banking sector”. “It’s not critical, but the risk is increasing. We must understand that after the easing of regulatory requirements will have to clear the area and give a real assessment of the risks that have a credit portfolio, and thus banks unable to meet capital shortfalls and will need a recapitalization of banks, or rehabilitation or liquidation”, — TASS quoted Kudrin.

However, he stated that since the beginning of this year, the quality of the loan portfolio of Russian banks has decreased, and this, says the head of the audit chamber, along with the decrease of profit and liquidity of banks is one of the risks for the Russian financial sector.

Meanwhile, the Chairman of the Central Bank of Russia Elvira Nabiullina expects no serious problems with the capital of the Russian banks, as well as the transition of the system to liquidity shortage in the foreseeable future.

“The banks, Yes, decreased profits, but it is. It will be a source of capital. So, we did not see any problems that we have in the system lack of capital. Individual banks may have difficulty with which they cope. The same lack of liquidity. We do not see, first, in the foreseeable future that we will move to a liquidity shortage,” — said Nabiullina in the Federation Council.

However, she assured that the banking system of the Russian Federation in the past has gained sufficient strength to the crisis continue to evolve, providing support to its customers.

We also add that the Russian economy in February—March 2020 was under the powerful impact of two negative factors — the rapid spread of the pandemic coronavirus infection COVID-19 and its deleterious effect on the global economy and collapse in oil prices. Against this background, the rouble significantly depreciated against the dollar and the Euro. Reacting to the situation, the government and the Bank of Russia adopted several packages of measures to support the economy and citizens.