In Russia, listed wishing to secede from Ukraine region 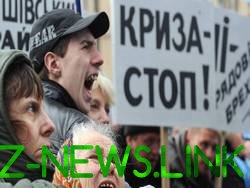 Ukraine may lose a few areas because of the deep split in society. Such assumption in interview “to the parliamentary newspaper” made a Deputy of the Federation Council Committee on international Affairs Vladimir Jabbarov.

In his opinion, the country can get out of Odessa, Kherson, Nikolaev, Zaporozhye, which is currently “waiting”. They can follow the regions of the South-East who “don’t want to hear about the return of a part of a unified Ukraine,” said Jabbarov.

The parliamentarian noted that Russia is very concerned about the situation in which the President Vladimir Zelensky in fact not running the country, and certain forces can undermine statehood. He said that Ukraine is going through a very dangerous period.

Member of the Federation Council also believes that Kiev until the end of the year may declare withdrawal from the Minsk agreements. According to him, the Ukrainian authorities are not going to do any of the paragraphs of the document. He added that the West is tired to help Ukraine, given the crisis in the economy due to pandemic coronavirus, and is willing only to use the population as cheap labor.

9 Dec 2019, in Paris, held for the first time in three years the summit “channel four” parties drew attention to the importance of the diversion of forces and funds in three new paragraphs to the end of March 2020. According to its results, the leaders adopted the communiqué, which involves commitment to the Minsk agreements, the ceasefire until the end of the year and the dilution of the armed forces of Ukraine and the breakaway republics of Donbass.